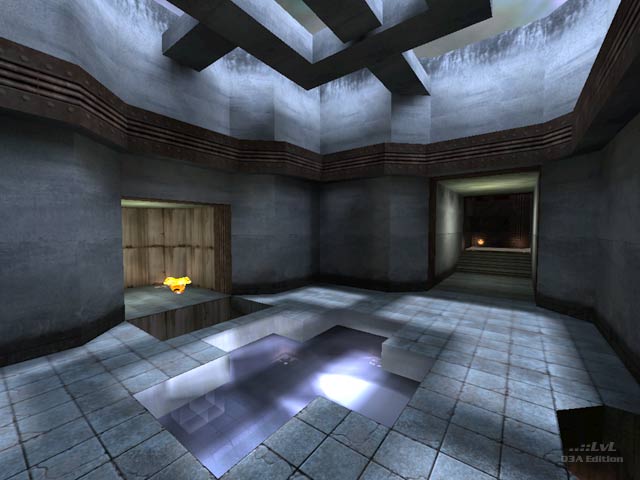 An nice small tournament map. It produces some good game play for both tournament and death match game types. The textures are nice, most of them being EvilLair ones. Lighting is quite good, but is a bit dark in places. There are 'plus sign' brushes over the lights that are in the floor which fail to show on the walls; it would have been nice to see the 'plus sign' shapes appear on the walls where the lights are. The map lacks major detail, but some detail is visualised through the texture usage. The item placement is OK, but I thought a few more items could be placed in, and maybe even some of them moved. Bots played fine throughout and used every part of the map.

A small tourney map to play for a while, but not really a keeper. 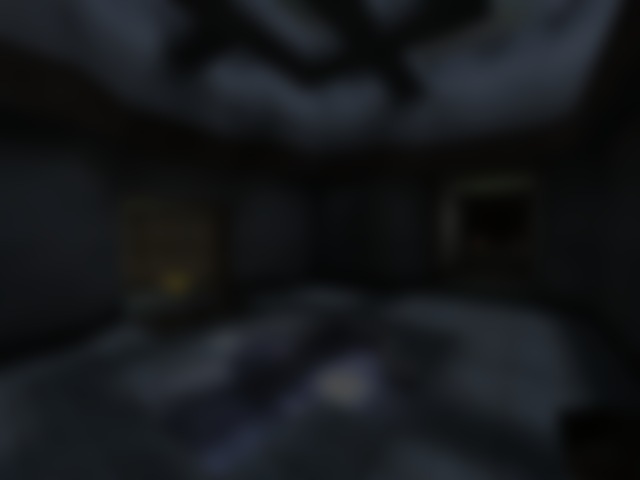