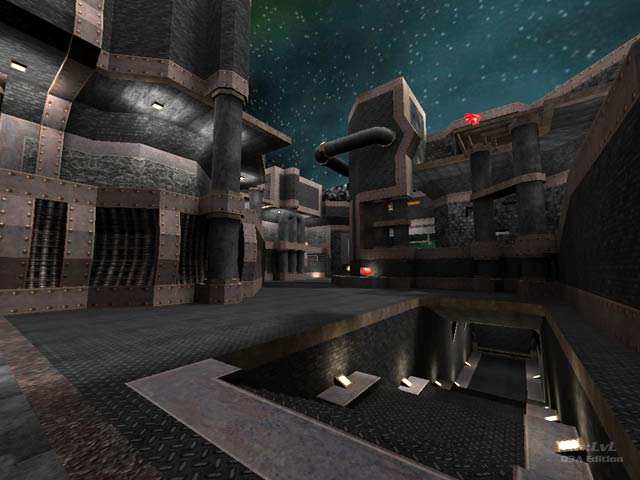 I like the looks of the map. The design is very consistent and has some interesting ideas like pipes for stairs and fan the jump pads.

Layout is the common dual atrium style, which is a good starting point, but the implementation seems to have a few quirks. It is a fair distance between both atrium's and the size of each atrium is large, hence there are too many long corridors and empty rooms (like the one with GL). The reciprocal PG teleporter is a major pain in the back. Sitting in the corner of a tight corridor, it's very easy to accidentally slip into this teleporter and its destination spews you right into the wall. There are pillars to duck behind, but mostly on the upper levels, so the lower ground is sort of a death trap. There are not many ways to get to higher ground from the middle of the atrium's : you have a ramp to the RL, but otherwise, you're forced to use the corridors and the jump pads. Which are more or less protected against rail whoring, but are still pretty risky and the launch force and direction could have been tweaked.

Item stack is OK, placement is not. One of the atrium's has a RG in plain sight, the other one has the ammo, both easily accessible. Even worse, there's a spawn point right next to RG! YA is in an intersection of tunnels, above a JP. The RA sits high atop the map, accessible only via a jump pad at the end of a long sloping corridor, thus it can be locked down too easily. You can jump to RA from the uppermost level though, but you'd need weapon assistance or better CQ3 movement than I. Another YA or at least a bunch of shards here and there would have been better, especially considering the rail-fest that's bound to happen. Health is OK, but again, maybe another +50 or a bunch of bubbles would be better.

Two bot bugs: they get stuck before the YA jump pad and on top of the large pentagram on the floor. I have no idea about the first, but the pentagram does not feel like it's clipped off properly. It may be a t-junction BSP issue.

Need a rather fresh looking map for a quick FFA? This just might be the ticket. 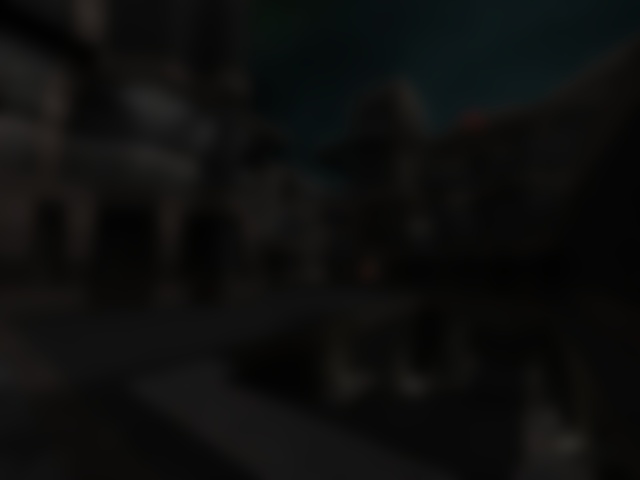