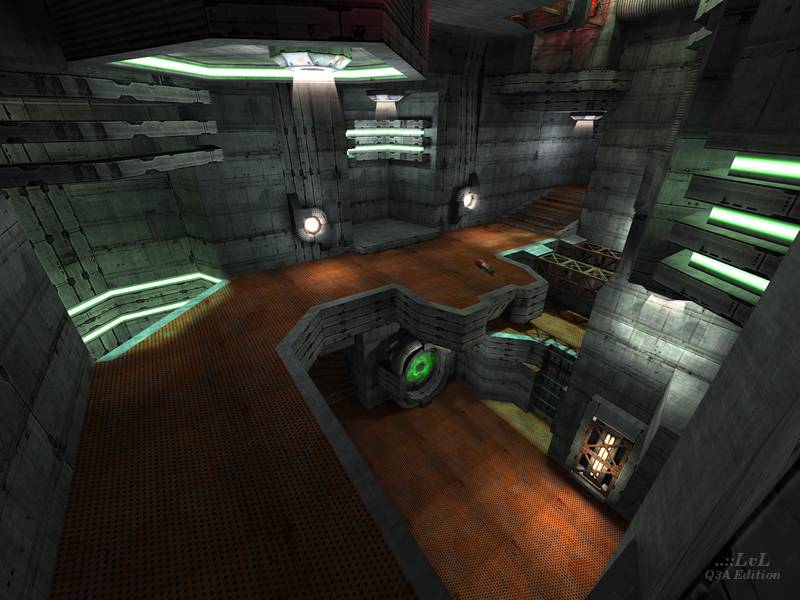 Cajun Hell by Stormshadow is a FFA/Tourney/TDM map optimised for use with CPMA.

Originally the map was created for the Tikidomain* mapping challenge, but was not submitted. Within the rules of the competition, mappers were only allowed the use of under ten custom textures, and there were some good maps in the pack from some other talented q3 mappers, but remarkably this map ended up becoming a whole lot more than what it was originally intended for. The map stands strong on it's own.

Making great use of custom textures from the ShaderLab and from Q-Fraggel*, and a skybox from Mighty Pete*, Stormshadow proceeded in the creation of this map in which he refers to in the readme as a texture repetitive map due to the use of very little custom textures.

As I stepped into the map for the first time in the earlier presentation of it's existence to all of us at the Challenge Forums*, I was very impressed. The map is anything but repetitive. The majority of promode players are beyond caring about what the textures look like in a map, with a higher concern for gameplay focus, but if you want my honest opinion on things... this map has so much atmosphere that I believe that those of you looking for a map that "looks" good, than you'll end up downloading this map in that respect also as the map is very nice to look at and is also friendly to VQ3 gameplay also. On the other hand though, when a map looks good and plays good in competitive play, than it just means happiness for everyone.

Choose your weapon of destruction, but if you're looking for a BFG than look elsewhere. There are light fixtures placed on the walls which make for some good trickjumps to the upper level making connectivity just plain outstanding. There's also a little hidden room waiting to be found at a double-jump away. Item placement is optimised, and this is also the first promode map released to introduce the use of ladders in a cpma map.

Looking for a map with some longevity? Add it to your archives people! => Also included in the readme is a interesting backstory on the map... Are you ready for Cajun Hell eh!!

* Links have been removed as the sites or domains are sadly longer available. 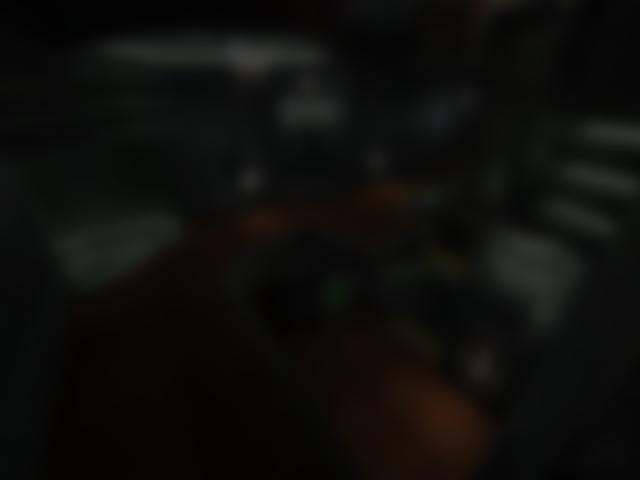