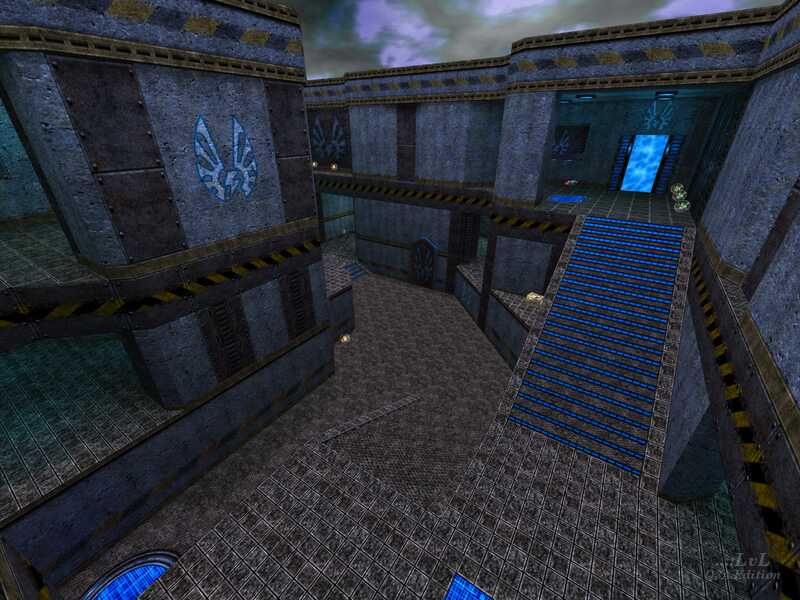 Battlefield by Tymon is a three tiered bunnyhopping frenzy, made for use with the CPMA mod.

You can pick up some insane speeds on this map, which combined with a ramp or a wallhanging means...cya! Weapon placement is nice and spread out. Retrieving the MH either takes some traveling to get to, a rocketjump, or a bouncepad; drop through the floor; grab LG; and jump over to the MH. The whole area is wide open so good luck getting it. If you have a rail destined opponent, than forget it.

The map is so connective that a stronger player could get to another spawn point on the other side of the map with no problems due to the wide-openness and pretty much dominate the map. You could rail camp if you wanted to.

This map would have valued highly from beta testing at the Challenge Forums (no longer active). The RG has no place in this map. If the map had been reduced in size proportionately, than a RG would be more appropriate. Of course all that's my opinion. =)

All of the weapons for Q3A are included minus BFG. The map has custom textures from lunbase. If you are into the lun3dm2 meets bal3dm4 (ospdm3) with trick jumps and fast paced fights, than this is your map. Enjoy.. 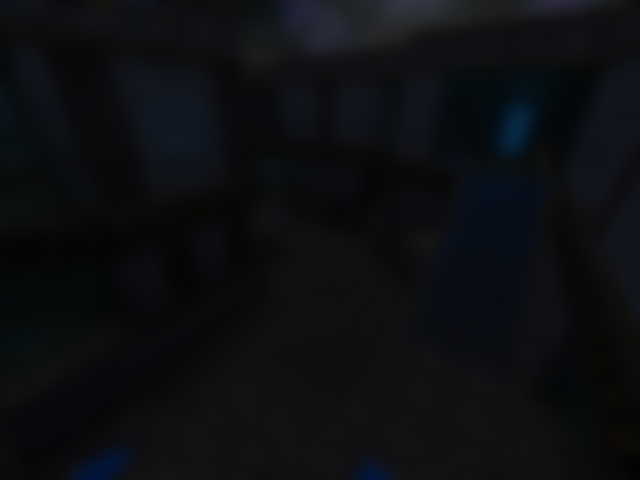