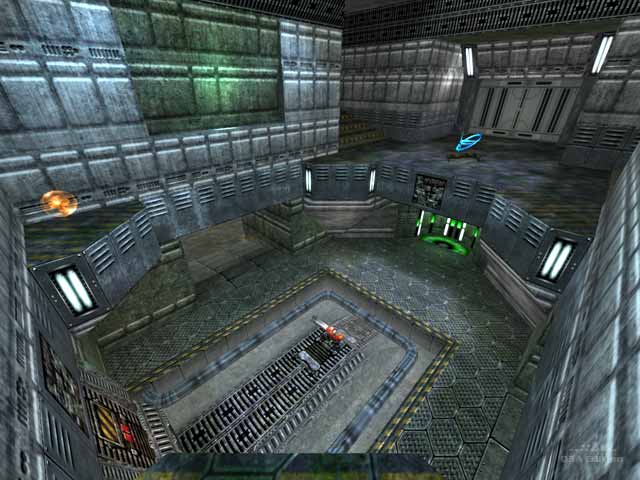 Kom-Pak-Tek by Jakab "RasputiN" Marton is a map which has been in the works for quite a while, starting from one idea which was trimmed into what it is today. When RasputiN first showed this map to all of us at the challenge forums, it was a huge, and I mean HUGE level! None of us really knew how to respond to it really. It was like rail hunting grounds, and in what you'll see now, no railgun is a part of. So we gave him hell, and told him to take it back to the drawing board. Now you must understand that that is never something that you want to have to tell a mapper, but in this one case I think I'll make the exception. A little while after that, he presented a complete reworking of his original idea. It felt like the same map, and more. The first thing you'll notice about the map is it's "doomy" atmosphere, and it really feels like it. Next thing you'll notice is that the item placement is very solid, and then you'll notice that this map is a "pure" cpma map at heart. It would be bLasPhemy to play this map in vQ3! Made for Cpma TDM 2 vs 2 or 4 vs 4, he suggests that 3-6 players in FFA also works. I'm not sure it would be good in a tourney game, but I myself like a good cpm14 tourney game, and this map isn't that big...so I'll leave it up to your Deathmatch Appetites to decide that. Made from scratch, and said to be inspired by MKSteel and cpm3a, RasputiN modified the LunDoom, and mksteel shaders to create the effect of what the map brings. Entities included are a QUAD, RA, YA, GA, MH, 2xSSG, 2xRL, LG, GL and a PG. You'll find r_speeds are terrific as you hop from one side of the map to the other....and trick jumps you ask? Give me a break! Of Course! Bots play the level fine, though due to some of the jumps which only human players can make, the bots do the best they can with their vQ3 restricted brains.

Originality is something that I look for in a map, and though it's hard to be completely original in this day and age, someone manages to be unique now and again, and this map has supa flava! 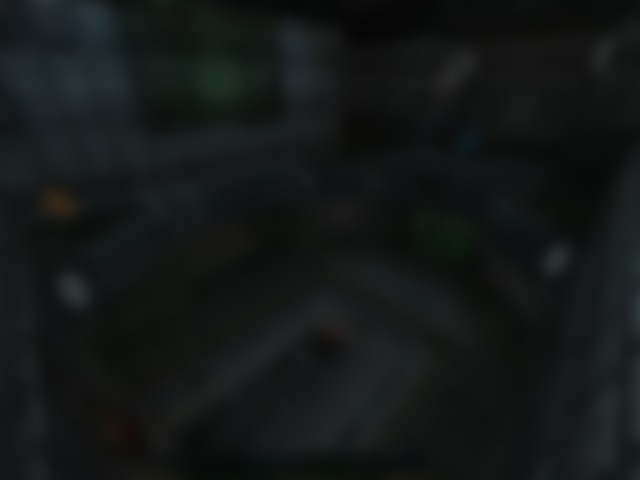