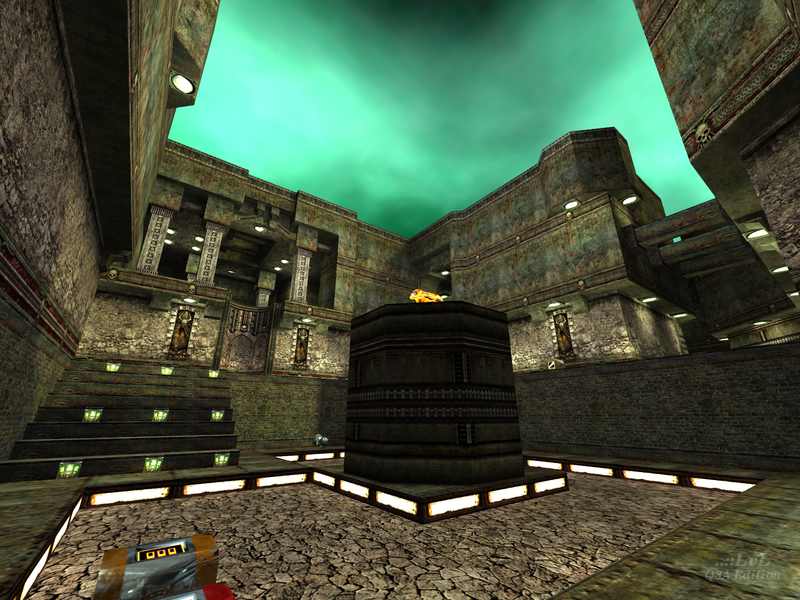 Dotyk mierci by ShadoW is a tourney map made specifically for the cpma mod. Making use of custom textures from Rorshach, the map has been giving a greenish Gothic looking theme, which has been pulled off very nicely.

Weapons of choice are a SG, GL, RL, LG, RG, YA(x2), and a RA. I almost felt as though there was too much ammo on the map, and having two YA's and an RA seems a bit excessive to me for armor on a tourney map. Movement and gameplay on the other hand was a great experience.

The Railgun has been dropped down in it's own lower level of the map which makes it a bit difficult to get at in a hurry, so that's a plus. I'm not a big fan of the RG in tourney maps, but it works in map cpm3 so you never know. Above the RG area towards the second level is a couple little steps which are easily usable with the CPMA mod to make for a fast getaway from the RG area.

When moving from the upper level straight to the YA in the center of the map and than to the teleporter that is behind it, I found myself hitting my head quite to often when trying to go through that teleporter. Aside from that, movement is pretty fast, and connectivity is outstanding. Bots play the map with no problems.

I believe that the map would have benefited from beta testing at the Challenge Forums, but all in all it's a good map and worth checking out. 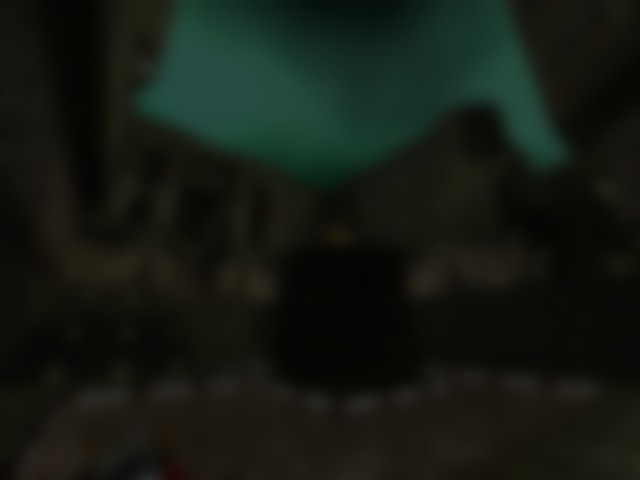