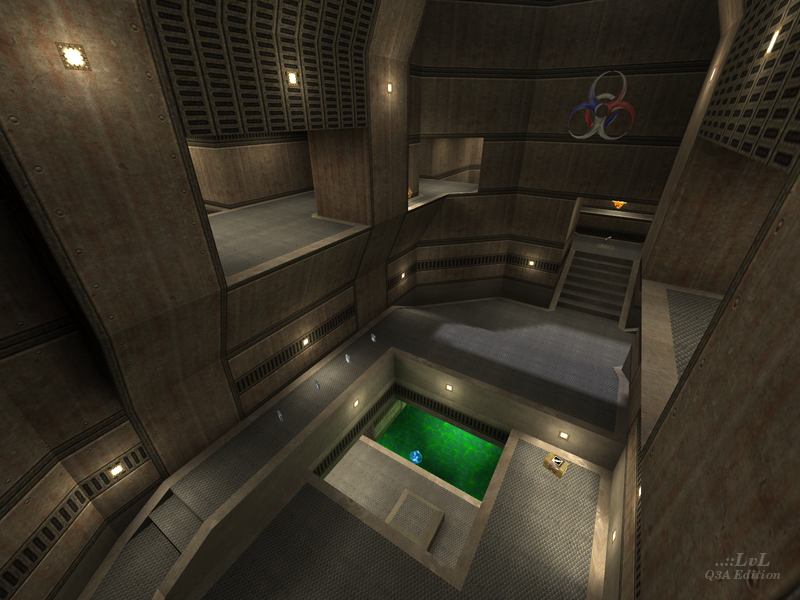 Readymix by sTiVen is designed with two player ffa/tourney in mind. The map has been optimised for use with the cpma mod rather than applying it to vq3 also. I've been a huge fan of this map all the way through it's nine beta releases, and was happy to see it go final.

The map just to look at, could be considered as plain looking by beauty standards, but to a promode player the map shines!

Lets start at the bottom. No, I mean literally! Hah! The bottom of the map has a little square which slightly angles off on all four sides, and when I saw it the first time I was like OMG! It's double-jumping time! Right above it is a MH, which would be easily attainable if coming from above it. Combine a little speed and a good well placed double-jump off of that square and were going to fly straight up and nab that MH on the way up to the next level. Forget stair, bypass the ramps, and throw the ladder away because you just became Superman! You can leap tall buildings in a single bound!

Towards the top of the map next to the promode symbol designed by 4cid is an LG which you can easily grab while going through a teleporter. Now...you could get it that way, but would that be much fun? Of course not. I personally like to gain a little speed from the area next to the teleporter on the top level, and do a half circle jump around the wall and onto the platform where the LG sits. Sure you'll watch your life flash before your eyes, but hey....it's quicker! Sure I'm not going to give all the secrets away, but know that there waiting to be found out. sTiVen used custom textures from Iikka "Fingers" Keranen's IKBase texture set. The green acid on the bottom of the map was also a nice touch.

With a good (aas)botfile, and strong gameplay features, great connectivity, and a whole wopping 728kb size file, this map is a winner. 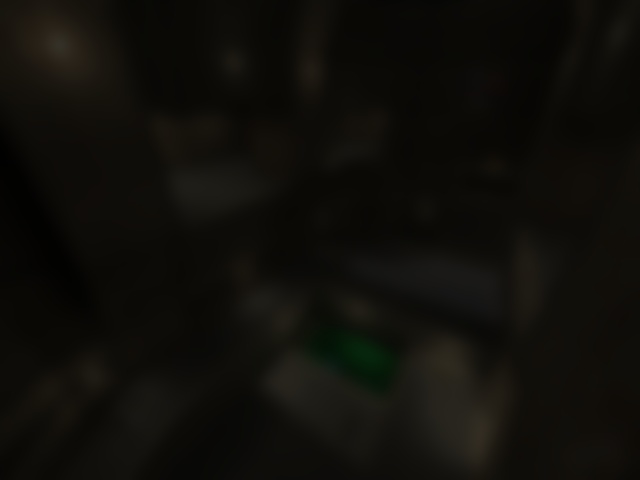