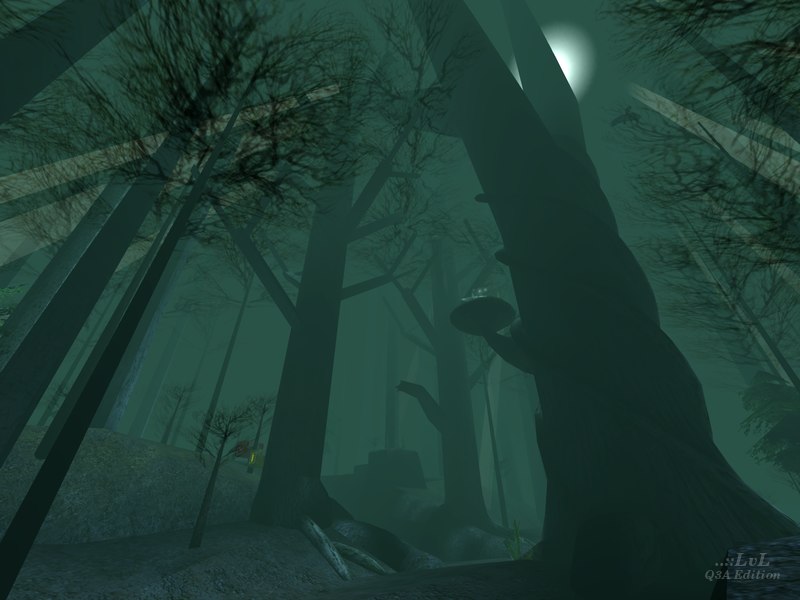 A successful experiment, but you'll need a reasonably grunty machine to view the results as they should be viewed. Part terrain map, part box map, part model-mania, Decidia consists of an open-plan arena of forest shrouded in greenish fog. Crows caw and circle overhead, limpid pools containing important items glitter, feeble rays of sunlight cut through the canopy. To say this map has atmosphere is like saying water has wetness.

Through the center of the map there is a long gully, with various offshoots, and most of the action - at least with bots - takes place around here. At one end, the gully is enclosed in a cave with a small waterfall and a pool where the quad spawns. (There is an invisibility too, on a ledge in one of the trees, requiring some rocket-jumping to reach.) The borders of the map consist of closely-spaced trees, carefully clipped, yet beyond this barrier the trees seem to march away into the gloomy distance.

Bot play isn't half bad, though they head straight to the central gully where the RL spawns. The only real glitch in that department is that when they jump in the cave pool for the quad, they seem unable to get out and use it. Listen for the commentator intoning "quad damage" and head on over for one easy frag. The bots' ability to see through the fog helps them out too - this level would be fairer with all human players.

Probably not a great tourney map, but well worth downloading if you're tired of the usual gothic/base tedium and yearn for the great outdoors.

Note: The map file for this level hash been released under the OGSL. 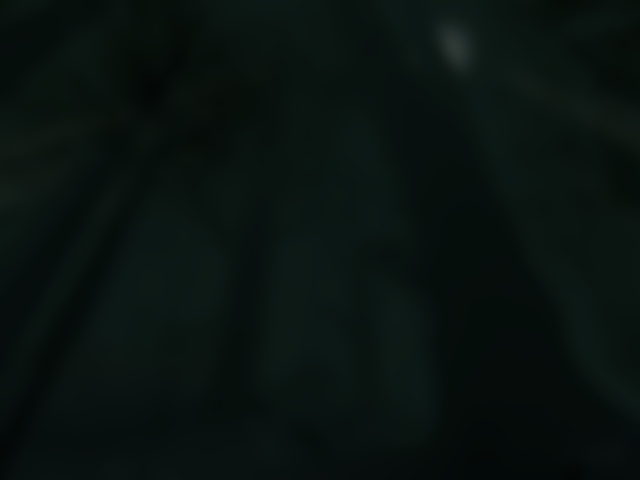