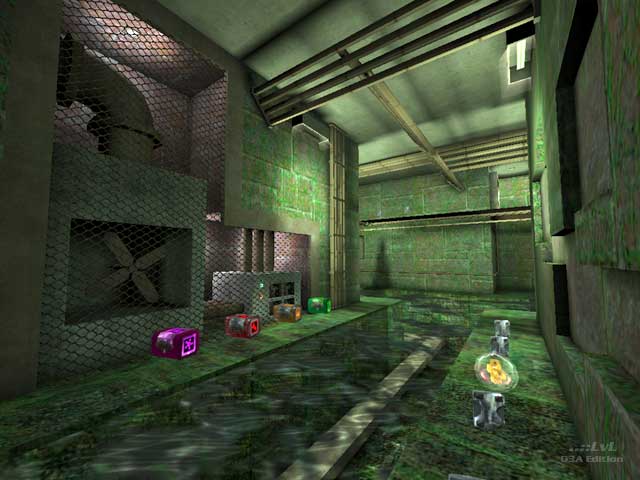 A small to medium-sized level mostly set in a sewer with access to the street above. In truth, the map may have been more accurately titled "Sewage Treatment Station" since my idea of a sewer map would be a lot of twisty tunnels whereas this comprises a fairly open subterranean arena.

As the author admits in his readme, he's aware of the shortcomings of his work. There's almost no vis blocking which means that r_speeds are high - up to about 23K and probably averaging 11K+ - and the framerate will be noticeably low on low-end machines. The whole map appears to be encased in a caulk box (apart from the top brush which has a sky texture on it). There are walkways and steps made from a grate texture, which wouldn't normally excite anyone's attention, but they've clearly been applied to one face of a nodraw brush and lack any trim to give them a sense of solidity. Most of the sewer consists of water with annoyingly narrow walkways running around the edge. The situation is exacerbated by a lack of clipping so that it's too easy to get snagged on anything projecting out from the wall. Nonetheless, there are some promising features, such as the machinery and pipes, that suggest there is some hope for future levels from this mapper.

Item placement is excessive with most weapons sitting beside at least two clips of their attendant ammo. There are 2 RGs (+ 7 slug clips), 3 SGs (+ 7 shell clips), and 2 PGs (+ 7 cells). On the other hand, the RL enthusiasts are meanly served - just two and 4 rocket clips. And if you're short of armour, there are three RAs and at least 15 armour shards (including five just near one of the RAs).

Bot play is very limited. They spawn and almost immediately head for the RA that sits in one of the pipes in the RL area. They will get it - eventually - if you don't frag them first. The bots can not get out onto the street unless they spawn there. It might have helped if the connection between the sewer and the street was more bot friendly. Mappers should be aware that the pk3 includes the author's shaderlist.txt.

Not worth the download, but hopefully the author will have learnt something from it. 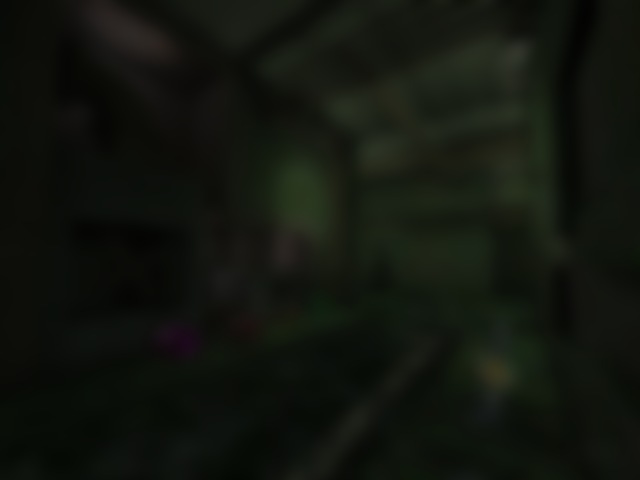