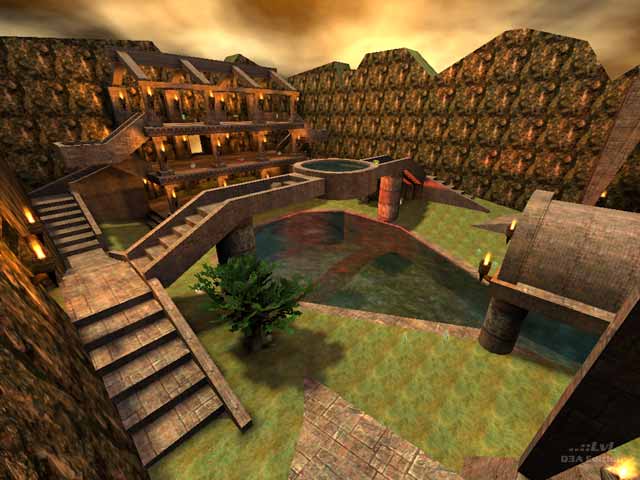 The pk3 is 3.4Mb, 2Mb of which is the levelshot. Sigh. So what do you get for the 1.4Mb that really counts? The map is comprised of 2 outdoor areas. The larger has a 3-tiered platform at one end that overlooks a large pool of water over which spans a bridge. The smaller is like a path up a hillside with a lava waterfall at the bottom and a teleporter at the top. The two are joined by a short passage that bears a resemblance to a mineshaft. Performance is not bad and vis blocking in the map is much better than it might first appear because both areas are covered by the same skybox. Unfortunately, it's possible to get up on the walls that surround the map by climbing up a slope just near the teleporter. There is no indication whether this was intentional. Bots tend to concentrate on the larger area, especially the bridge over the pool, but they will also go to other parts of the map, albeit much less frequently. It makes bot play a little bit predictable. The gothic texturing is rather unexciting and combines with the blocky geometry to make for a visually bland map.

It's alarming that all five power-ups are in the map along with the MH, although there appears to be no good reason for this. It's not beyond the realms of possibility to get the lot. Bots will go for all of them apart from the quad which is suspended over water, but they tend to ignore the haste in spite of its easy accessibility and only rarely bother with the Regen.

There are some interesting ideas here, but they're not well executed. 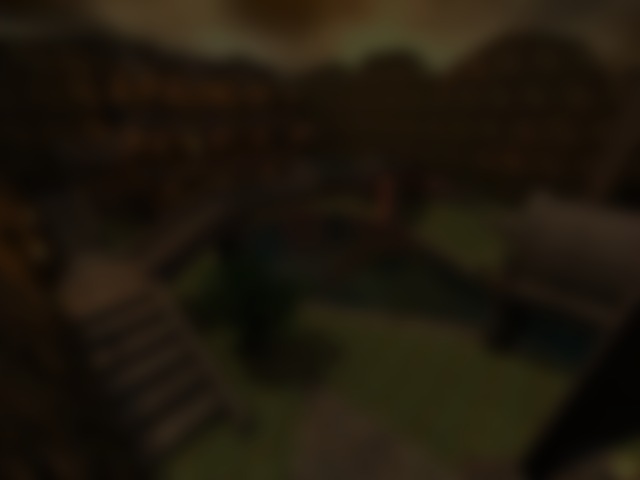