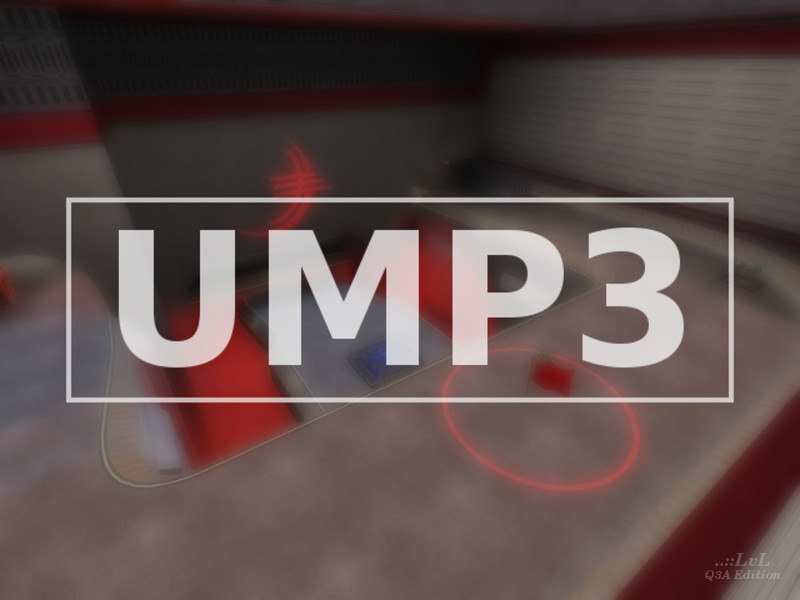 Unofficial Map Pack 3. A pack of 7 maps from some well know mappers from the community. All maps fully support all the CTF modes of Threewave CTF as well as standard CTF.

ump3ctf1: Breakdown by Bailey. An excellent map, this one reminded me of some Strogg base from Quake 2 with crates laying everywhere, giving easy cover. This map is a closed box with a pit in the middle where the megahealth stands on a pillar. 2 rail guns (one for each team's base) are right in the middle ground of the map. It is a little bit risky to try to get the rail. I like that. Good use of custom textures from the HFX website. Bot support: Yes, but they have navigation problems.

ump3ctf2: Hydrophobia from On-X Hydrophobia does have water in it, but nothing to fear really. The map could be described has being huge with wide corridors that separate into smaller tunnels on different level. Very fun with a lot players in each teams but be careful there as there are a number of entrances and grounds to cover. Items placement is good but since the map is a little wide you have to look for them carefully to be able to pick them up. One megahealth in each base. The red armour and the Quad are both placed in the middle of the ground so that both teams can fight each other over them. Each base has a random power up and a yellow armour. This map should be a blast for games with a lot of players (maybe 12 vs. 12). Custom textures from the Threewave mod and Yogi. Bot support: Yes.

ump3ctf3: Got wood? by On-X. A simple, clean design with lots of wood, this map is excellent! There are lots wooden pillars to hide behind while fragging in teams. 4 ways into each base, this will keep flag defenders busy. Items placement is OK but little sparse. Textures are from HFX, Threewave and ShaderLab. Bot support: Yes.

ump3ctf4: Frozen colors by 79DieselRabbit 2 small hillsides for each base, the terrain is slippery with snow everywhere on the ground. There is a wide open area that will attract a lot of campers. Fighting is good even with open space. If you play carefully and master your movements you will be able to get to the enemy's base without too much trouble. Watch out for falling since this level is on a big platform standing in the middle of the air. Some custom textures by Phooka. Bot support: Yes.

ump3ctf5: Railfest 2: Zark Island by Phooka A big open courtyard surrounded by an electric fence that kills you instantly. There is 2 small hills that hide each team's flag. The map is fun at first but becomes boring pretty quick. The author gave it the description: "fast 'n' furious open terrain map for CCTF, CTFS and CTF games". Which is true for 8 players and less, but more than that, it's starting to get a little cramped. Items/weapons are scarce. Custom textures, again from HFX and the author himself. Bot support: Yes, but they have navigation problems.

ump3ctf6: Like spinning plates by Mike. It has been a long time since I have seen a map as good as this. Like spinning plates is a big map based on a kind-of industrial complex in concrete. There are a lot of passages into and out of each base. A middle ground with a Quad and all types of weapons everywhere with health and armour where you need them. One thing to notice is the 2 small bunkers in the middle of the maps where you can reach only by a teleport. The message written on the floor saying: "Rail bitches here" with an arrow pointing the teleport is a direct message. This map is intended for 16 players minimum I think. Stop reading this and go play it! Custom textures by HFX, Threewave and the sky by Cha0s. Bot support: Yes.

ump3ctf7: The Strong Jaeger by Bailey. Another big map. 2 bases inside a mountain, with a small open valley serving as the middle ground. One megahealth in the middle and 2 haste in each bases. Weapons are scarce, you gotta be prepare to run for them. Custom textures by Sock and HFX. Bot support: Yes, but they have navigation problems.

Conclusion: This map pack contain 7 excellent maps for CTF from the community. A must for your Quake 3 installation if you ever intend to play CTF. 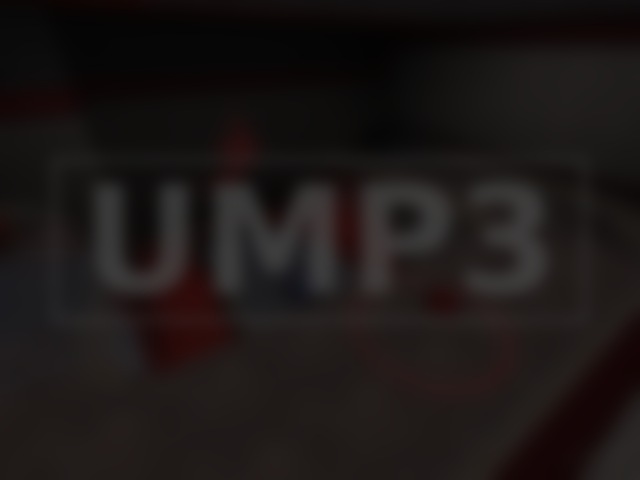