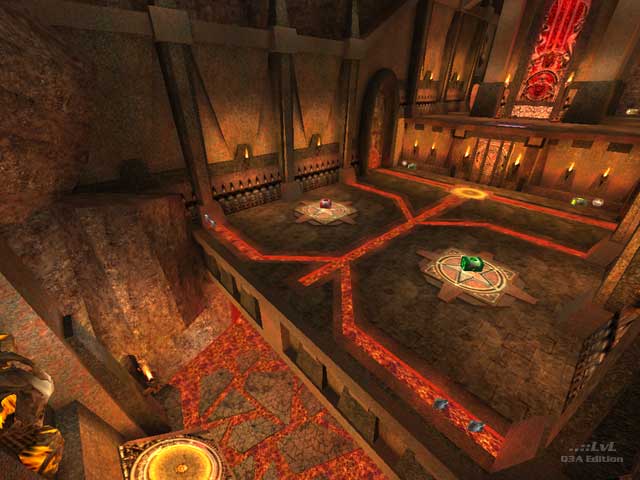 A medium sized FFA map in an iron-heavy variation on the usual id gothic style. Some nice pieces of brushwork are reused as a motif throughout the map. There are lava-flooded caves beneath some rooms which are well realised but might have been better if the mainly decorative lava had been used more sparingly - it just seemed a bit much. Unfortunately there is a missing texture on a few parts of the well detailed ceilings, for which the mappers' old enemy mapmedia.pk3 is the culprit. Some curves have texture alignment problems but they are not particularly noticeable.

Game play also feels quite similar to id's gothic maps with enough tight corners and height variation to keep things interesting. A few sets of doors have non-door textures which is likely to cause confusion the first time the map is played. Some of the connecting corridors seem to go on for a bit too long. Item placement seems generally OK although it felt like the health could have been more evenly distributed. The railgun room is very reminiscent of Q3DM9. Bots get around just fine.

A solidly constructed map in a familiar style which feels like it belongs in the game and is good fun to play. A worthwhile download if you like gothic maps. 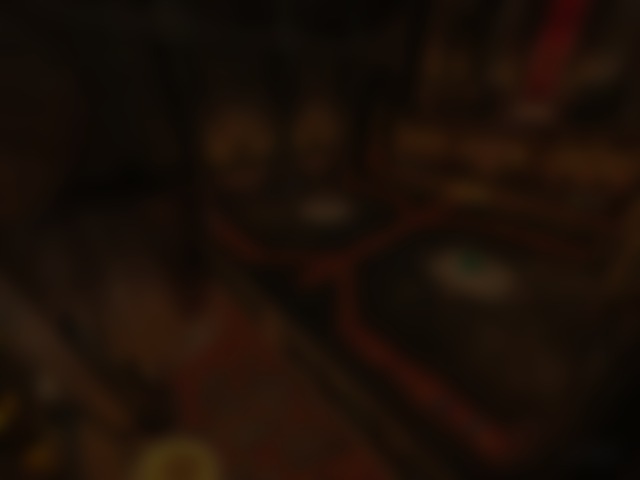