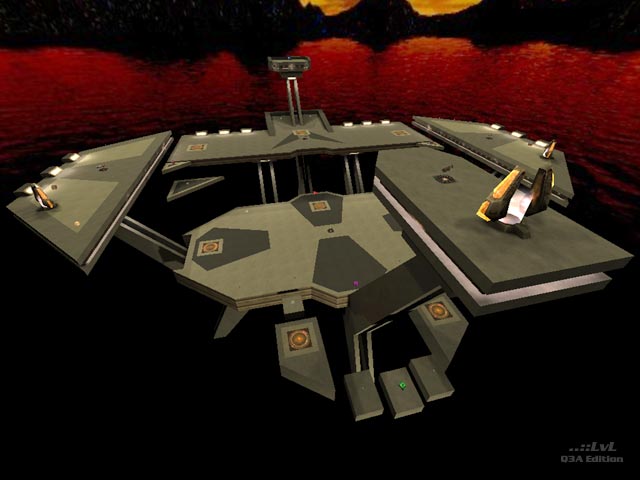 A mid sized floater that makes use of textures by Evil Lair and a skybox by Quint. The level is done in a stone and steel that works well but is basic. The structure of the floater consists of a large flat central plain ringed by three medium sized flat platforms connected by jump-pads. Towering overall platforms are two opposing snipers towers for your camping pleasure. One nifty feature is a series of demi platforms staggered between the upper and main platforms. Also due to the size of the platforms you will not be running off into space often.

The basic weapon layout consists of PG, RL, SG and of course a RG. Weapons are scattered about the platforms nicely with the RG being on top of a Snipers platform. Health and items are also nicely scattered around the map and the Quad can be found on the sniper tower opposite of the RG tower, and of course the Teleporter can be found on a ledge behind a sniper tower. The Item and weapon layout is pretty basic, but evenhanded.

Game play consists of frantically running from weapon to weapon while dodging sniper fire, or camping on a sniper tower to shoot at frantically weaving targets, or waiting to take a prediction shot when some one uses a jump pad. Just good basic fun.

Bot play is nice, The level comes with one bot, Klesk and he will make it good and hot for you. 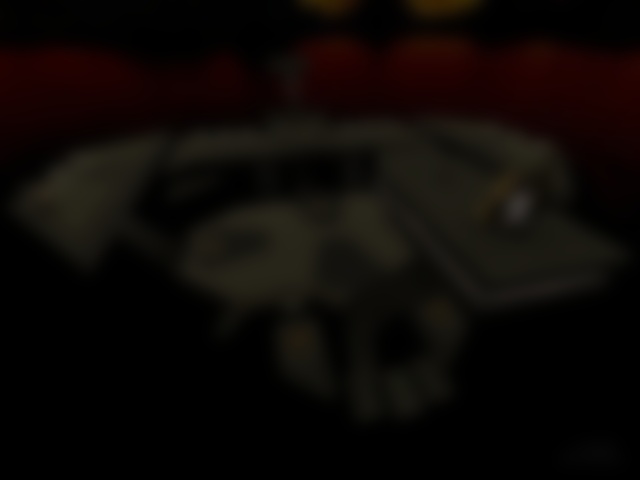