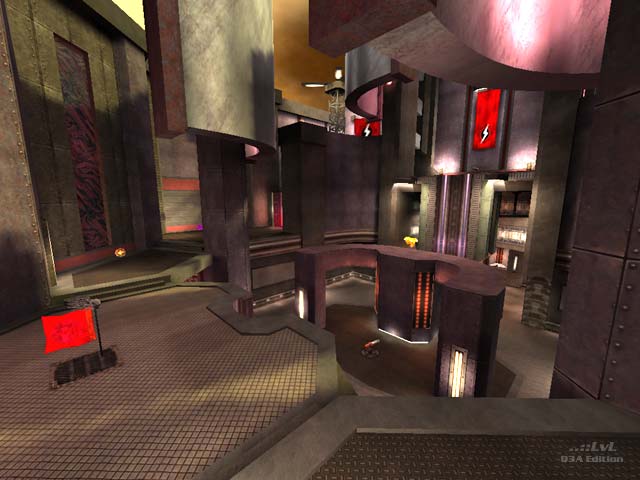 This is a very well put together level indeed, consisting of three large atria, one for each base and a central area where the brooding 'bad ball' of the title resides, broken up with ledges, sunken canyon-like corridors and raised platforms. The texturing is excellent, base/tech in style and with a restrained use of shaders of predominantly grey/silver. It is actually quite reminiscent of some of Threewave's base levels. All in all, a nice piece of design work. Worthy of a place on any LAN or in any server rotation.

There's just one problem. Although the map ships with a botfile and bots will obediently load up with the level, for reasons I cannot grasp they then proceed to do precisely nothing. Nada. They just stand there. You can give them orders, but they'll ignore them as though they're super-glued to the floor. Sure, when the enemy bots see you they will mill about a bit and attempt to frag you, but only half-heartedly. Once you're off the flag platform they give up and go back to their listless standing about. Imagine how a bot would act if it were stoned and you've pretty much got the picture. Your own bots - who never see the enemy at all - do even less (think: Buckingham Palace guards).

This is a shame, because this level really is (apart from the bot problem) worth the download. Then again, you have the options of either playing against human opposition or ripping open the pk3 and creating a new .aas file for it, and see if that works. Or you could e-mail the author and ask what gives. 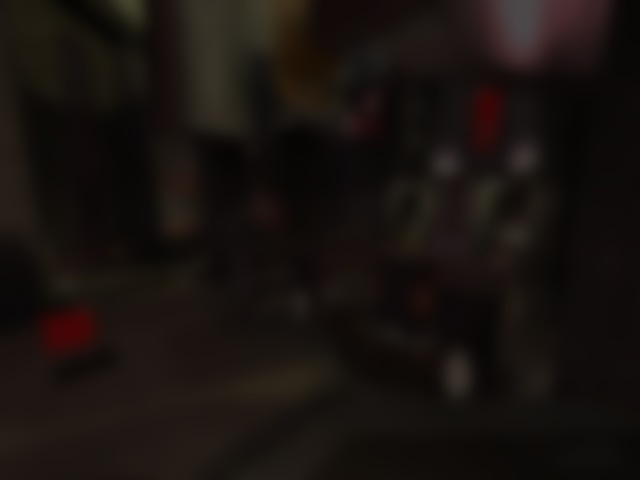