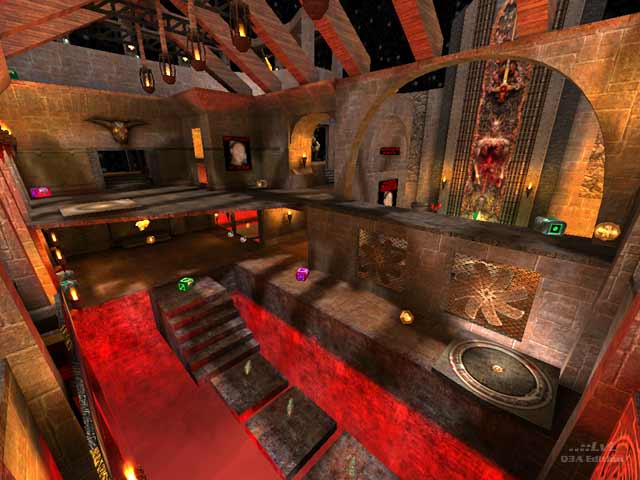 A first Quake III Arena map and probably not a bad effort considering. The map is a small-medium gothic cathedral (with roof conveniently blown off) built into a deep void. lanaholics.com advertising banners can be seen more than anything else. When you can fit eight lanaholics.com/187-J4CK4L banners in one screen, you know something is going on! Along with an overload of advertising, the map has an overload of hazards with voids in two of the larger areas, slime sinks in another, and lava in another. In a firefight you may find you're more likely to frag yourself than be fragged.

Bots do not like the environmental hazards. Though, in all fairness, considering the title for the map, it was probably never intended for bot play. The balance between tighter areas and more open areas is good and makes game play interesting. However, in such a small map, inclusion of the quad, haste, invisibility, megahealth, and teleport powerups make this map too much of an item hunt. A couple less powerups would have been enough.

Fun for a round or two. 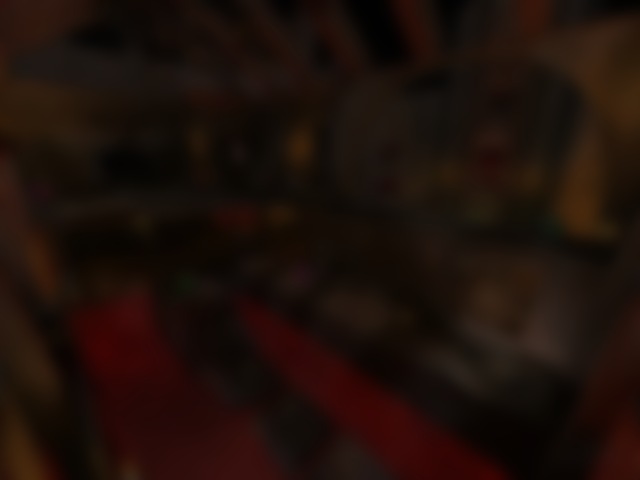