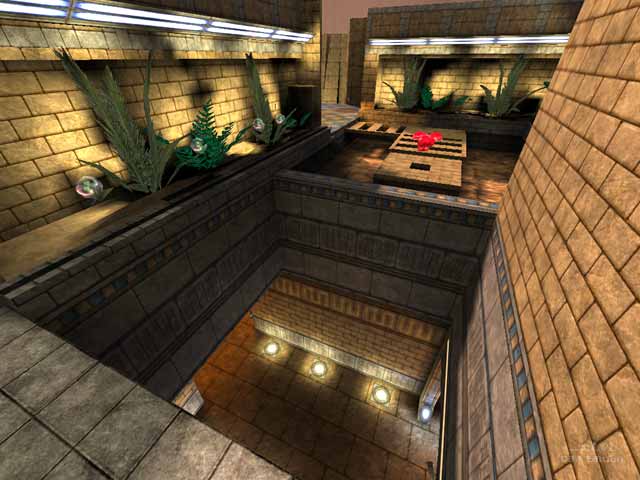 Geckdesert is yet another Egyptian-themed map using sock's great texture set, this time in combination with Evillair's textures to create a new spin on the huge number of maps using this texture set. The atmosphere is not helped sadly by the incredibly annoying ambient sound which is present throughout the map and only sounds cool for the first second or two. As this map is aimed at tourney play this sound becomes doubly annoying as it interferes with sound cues. Item placement has a few issues with the two armours being very runnable and placed in the main fighting area instead of being placed in exposed or isolated areas, this also results in some areas being unused as all the major items are centrally placed. All the weapons have reduced amounts of ammo, the most notable being the lightning gun which comes with only 30 ammo. This gives the map some flavour but seems pointless with some weapons and makes the lightning gun and plasma gun fairly useless without collecting additional ammo after pickup. Bot play is not bad although they have a tendency to fall in the water near the red armour leaving them a little open to grenade spamming.

The map is quite a nice effort overall but I would say it is better suited to a small DM rather than tourney due to the easy run between the armours and the ambient sound. 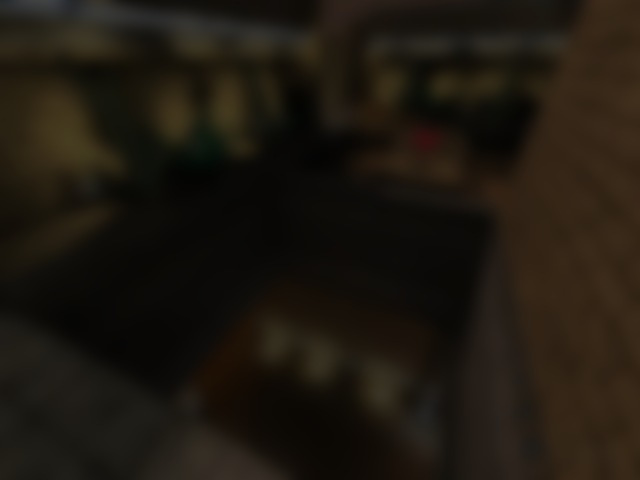