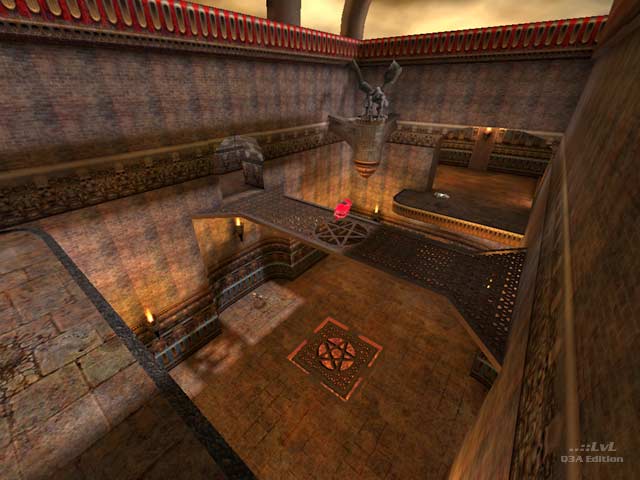 This level is another Blood Run look-alike. The texturing and architecture is very similar and has hallways that are a little cramped. The connectivity is okay, but the teleporter destinations are flawed; one is too close to the Red Armour, and the other forces the player in a direction he usually does not want to go. Also, there are lots of alcoves that are easy to pin players into and camp from. The item placement has some good points, but the Megahealth is a bit too close to two of the armours, making them very runnable. Some of the 2 ammo clip +25 health ball combos should have broken up to provide players better sound cues. There is too much power in the Red Armour room in Team DM and there is more rail ammo in the map than is necessary.

It doesn't beat the original, but it good for a few games for most players.

A gothic map which resembles quite strongly ztn3tourney1 from several points of view: the architecture, the selection of items and weapons, and the broad texture palette. Nevertheless (and maybe because of it), it shows good connectivity and a good combination between open spaces and corridors, with plenty of verticality. The architecture has a good level of detail, and uses a broad texture palette. The red-armour area is heavily charged with weapons but the flow is ensured because you find no health globes there. Some nitpicks would be the sky-HOM effect at the room with the two parallel bounce pads, and the Christ model, which does not fit the atmosphere. This map would have been a blast with custom textures. Bots play without problems.

The tourney play is difficult to rate using bots, but I think this map rocks. Probably the map is best-suited for 2 on 2 matches. Definitely worth the 760 KB download. 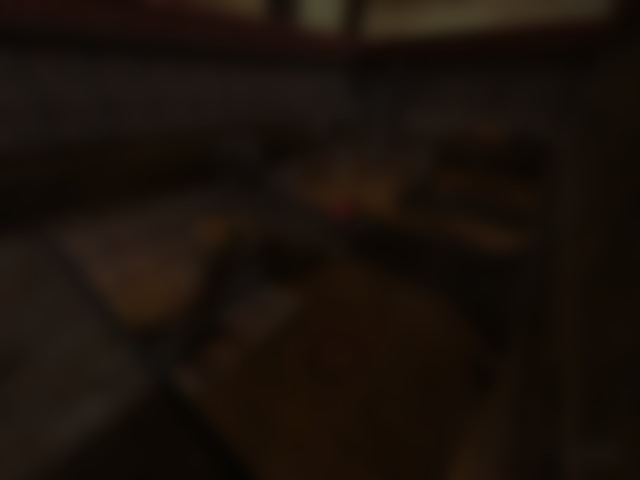