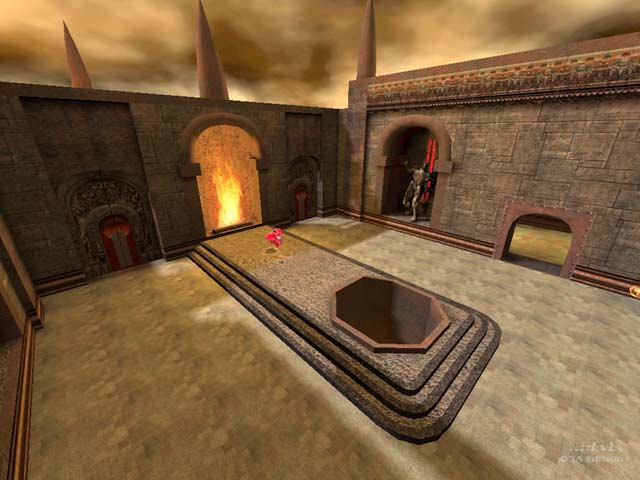 This level is a blend of q3dm7 and q3dm14 and is primarily designed for Team Deathmatch. The connectivity is slightly weaker than in the original maps, mostly because a player needs a tough trick jump or a splash jump to escape from the Battle Suit platform. There is also a small area near in the Quad room that a player can get jarred in. The Red Armour, Rocket Launcher, Battle Suit and nearby health balls are probably a bit on the easy side to defend. The proximity of the Quad Damage gives the team in control a stranglehold of the other team. The ammo tends to be clumped together too frequently. The bots do okay but get stuck when they go for the Battle Suit.

It is pretty good but is nothing new. Some players may have a little fun for a game or two against bots. 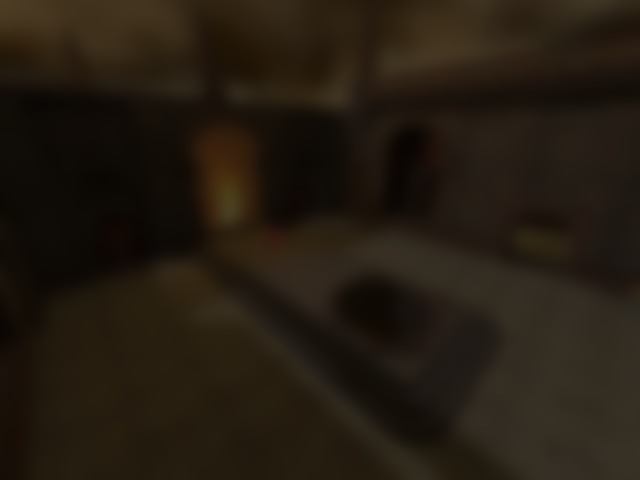