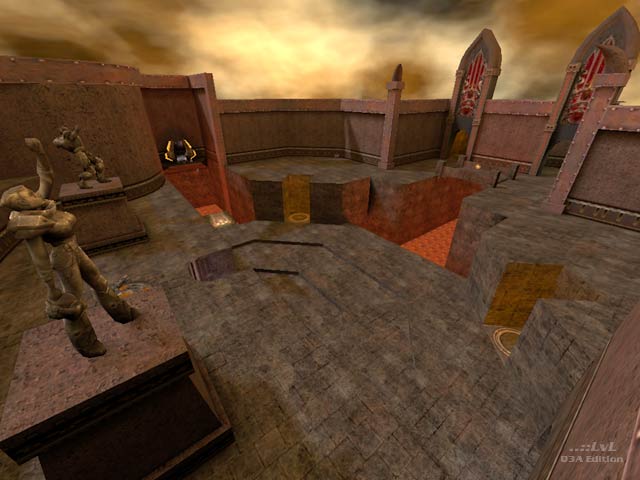 This first release is in the traditional gothic style with two major pools of lava. The texturing is okay but repetitive. The lighting is a little better. There are some problems with the construction of the layout as the Railgun room is larger than it needs to be and in this same room there is potential to hide behind a wall and shoot at your opponents risk free. Considering that the Battle Suit, Quad Damage, and BFG have been put in this arena some extra armour and a Megahealth would have given players that were not in control an opportunity to build up. The BFG is also quite easy to get so if humans are to play their primary objective would be to attack the BFG spawn. However, bots are not so smart and they'll let you mow over them so long as you can keep your armour up. The ammo is clumped together in too large groups.

It is all about the BFG and a bit of the Railgun. Unless you are big on these weapons, walk on. 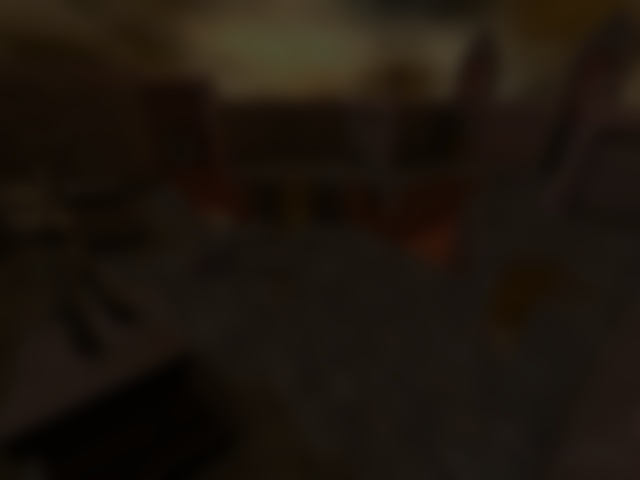