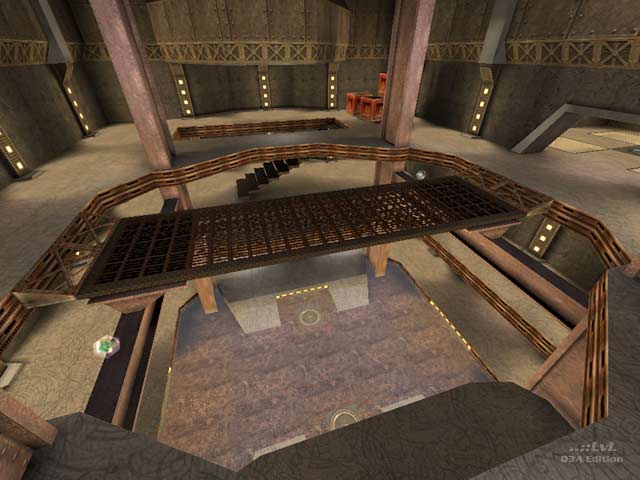 This is an arena style map using the base texture set. The central arena on this map was a bit jerky but it was still playable. Item placement seemed a bit haphazard with the regeneration and the quad spawning on separate pads only 2 running jumps from each other, a personal teleporter and medkit have been positioned almost on top of each other. Texturing was fairly consistent throughout and suited the level. There were a few texture alignment problems but these weren't to noticeable, the fact that the doorways upstairs didn't line up properly with the quad bridge was however noticeable and slightly off putting. The effects around the teleporter rooms (especially under the upstairs ones) with the glass windows and girders combining for a very nice effect. The bots played well on the level as you would expect them to on an open level such as this one, I did however find the player load in the arena file to be a bit much. With 5 players game play became very repetitive.

The map is worth a go and will give a round or two of fun gaming although not really a keeper. The level is based on the Unreal Tournament map 'Eclipse Biodome' 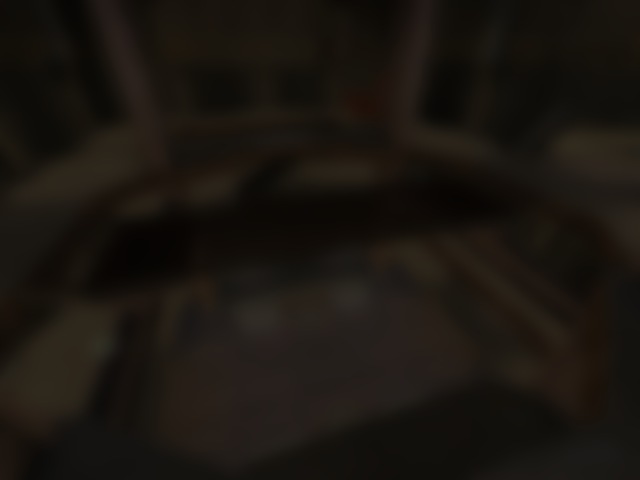