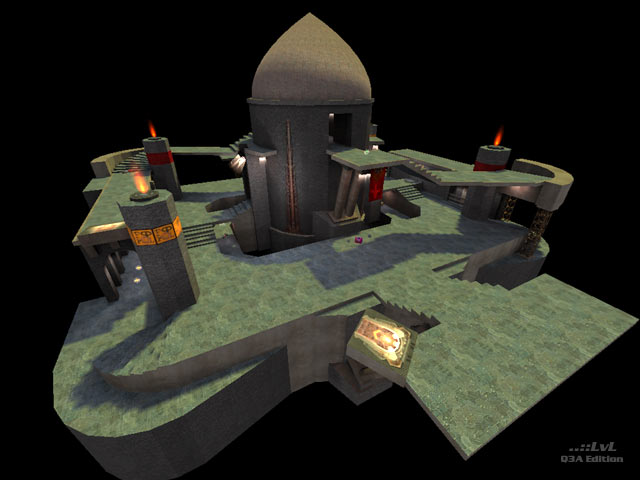 2 separate floating bases with central mosque like structures are mirrored and separated by a vortex tube; first seen in Team Arena on mpteam6 - the Vortex Portal. However, that's where the similarity ends.

Even though the level shows lots of polish and fine tuning, a couple of inconsistencies are somewhat questionable: the bottom of a staircase is open to space so you can hide behind the concrete. The Grenade Launcher is where the Rail Gun should be (above the flag - with a jump pad right next to it). Worst of all - if you fall off you are splattered at the bottom of the structure! No falling sound, no time lost falling - which should be a vital concept in a Space Map. It kinda ruins the effect of being floating in space.

An interesting concept that is executed fairly well, but is lacking in a few areas. Not bad for a few rounds, but due to the ease of defending the flag, its too unbalanced. Bots play ok.

Probably won't keep this one. 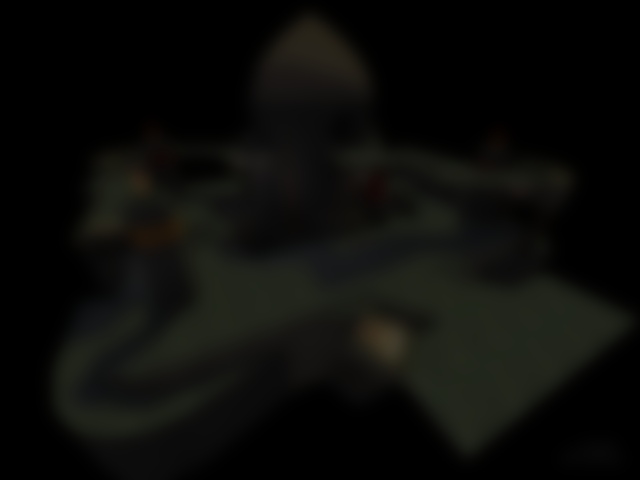