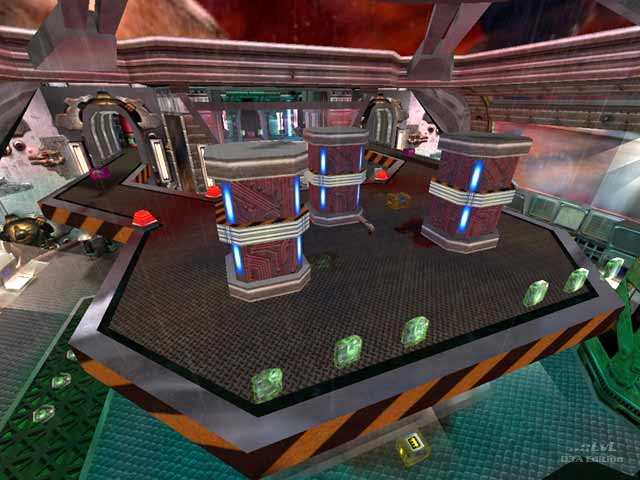 Tigs notes: 'Fastvis' only levels should never be submitted and are normally rejected

When the readme says that the author isn't happy with the map, it's never a good sign. The theme is industrial but beyond that its hard to understand where they were heading. idea and then the design process went completely off the rails. Garish and conflicting tech textures are applied in a frenzied admixture of themes and structures which makes it hard to spot the weapons. Game play is equally insane. The map is fastvised; even with only one bot, the framerate is not high and moving is a challenge. Much of the action remains on the lower circuit, travelling in whatever direction you happen to be facing. Wall-mounted Grenade Launchers can be activated from lateral consoles, which often rebound onto the player. Energy rods function as j-pads and mechanical pillars will trap and crush unwary players, especially upon respawning. Other features gib on contact. An elevator allows access to the upper walkways. It is an impressively complex structure, detailed with glass and chrome shaders, but it does the same as a simple j-pad. Beneath it there waits a long drop to a slow toxic death, a common demise because of the timing difficulty. Bot play is fair. They aren't affected by the visuals because, enviably in this case, they have no eyes. 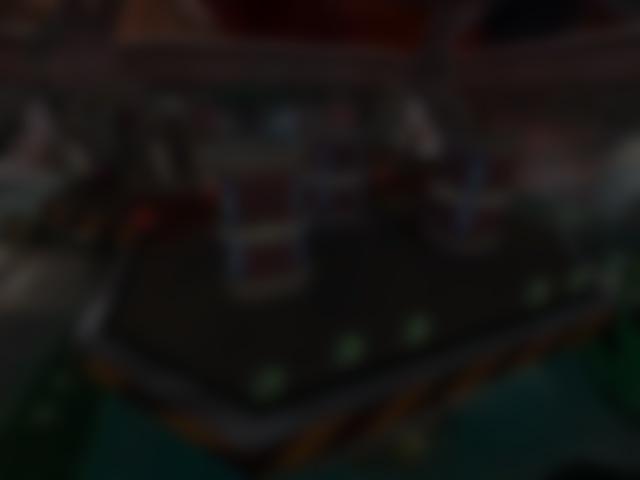