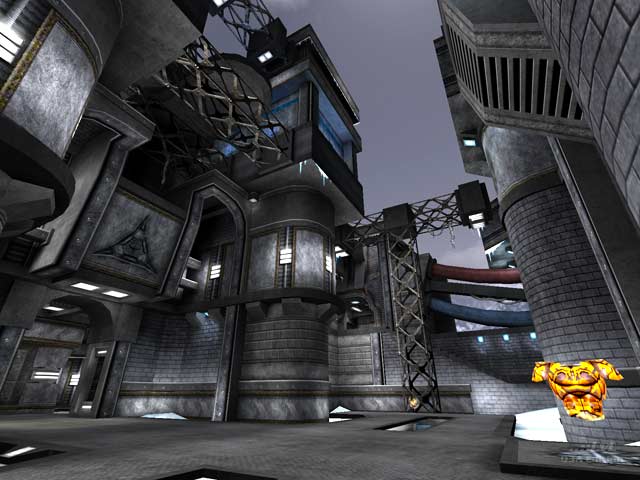 A superbly designed and fully realized industrial complex from the lamentably disbanded Fresh Team.Snowdrifts around the main stairs and walkways, a few icicles, and the bleak mountains of the skybox create a suitably chilled atmosphere for the "winter of our discontent".

The Arctic Pack by Yogi is an embarrassment of visual riches which looks even better applied to Kamarov's sophisticated and cinematic architecture. Predominantly gray brick and steel textures stacked heavily into an imposing edifice. Although almost monochromatic, every surface is covered with an icy grain and the sheer detail across the map is overwhelming. The layout is an expansive symmetrical design with three main altitudes. The major items are placed along the axis with the lesser ones distributed semi-symmetrically around the remainder of the map. Game play flows well with each area affecting weapon choice in a different way. Although intended for tourney, 2 is pretty lonely - better fill up with around 3 or 4 for full use of the map's layout, though this many players will affect the framerate on low end machines. Bots play well, engaging frequently in battles around the middle corridor as well as colliding outdoors. 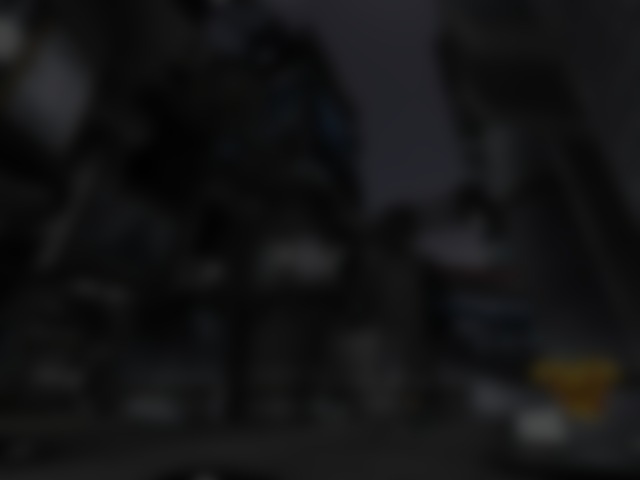