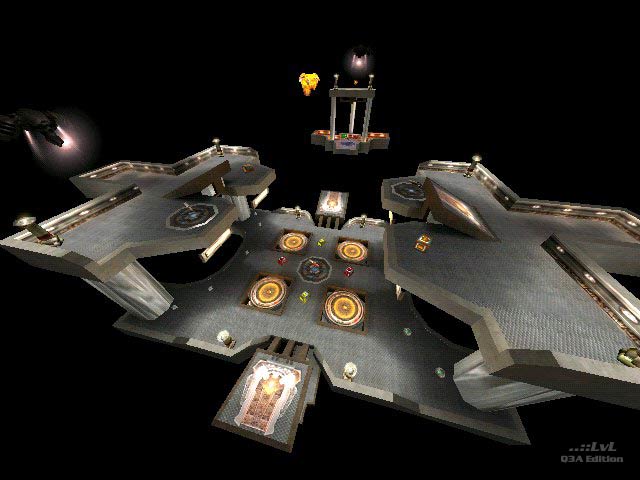 Clean, precision-made metal and shimmering lights sharply define the small constellation of platforms which make up this map. Textures are the standard fare for space maps, but are used with real style. Shaders are also carefully handled; chromium pillars add interest to the design without being overused and a standardized item-marker is placed under all the weapons. Lighting is bright and clear giving the map a professional sheen.

Travel is very fast but can be awkward - none of the platforms are large but carry a total of 12 jump pads and 4 accelerators between them. In particular, the upper pair of accelerators with Yellow Armour suspended between: propulsion from one drops you immediately onto the lip of the other.

The parent platforms have only a narrow runway to the rear so you have to squeeze between trimrail and pad at the corners. A broader, octagonal back to these platforms would have helped.

The most frustrating manoeuvre is acquiring the Red Armour on the cruciform plate below. From the RG positions, it should be a simple run-off-and-drop, but a light post is positioned exactly where you want to land. These problems do not, however, make the map unplayable.

After a match or two, you become used to the rhythm and the adrenaline starts to flow.

Bots play the map terrifyingly well, although they have the same problems with pads as humans.

Despite it's awkward moments, this map is a sh*tload of fun. Try it. 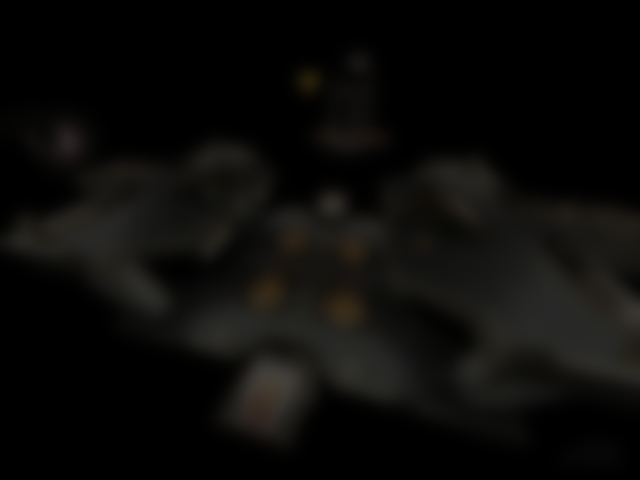