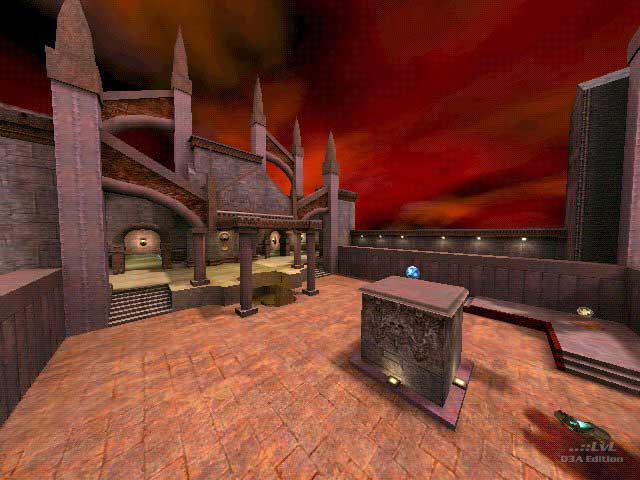 There are two things evident on looking at this map. One is that the author is still learning the editor. The other is that whatever he's learning, he's putting it to excellent use. Classically gothic in architecture, texturing and layout. Some features like j-pads, grills and alcoves are well executed. Others less so. A room below the main facade has 'shattered' flagstones, but the cracks are all diagonal, and utterly fail to match the texture. One of the teleporters is placed too close to the wall.

Pitching this map for tourney is a little ambitious. The rooms are a good size for combat, but almost empty and there's so many rooms that it requires at least three players to fill the map comfortably. With two aggressively tactical humans it's possible but otherwise your in for some aimless wandering. An optimum of 4 players is advised; with that number, weapons are always available and cleverly placed. My favourite is the Grenade Launcher, acquired just before teleporting to the main courtyard atop the Megahealth plinth. From here, one can carpet bomb the melee below, but it's an exposed position. The Rocket Launcher also brings the player towards the courtyard, and there are two shotguns located elsewhere in the map. The arrival of variously armed players into the courtyard makes for interesting combat. Bots play very well, using all locations and items depending on the character.

Worth a look, but game play could be fuller. 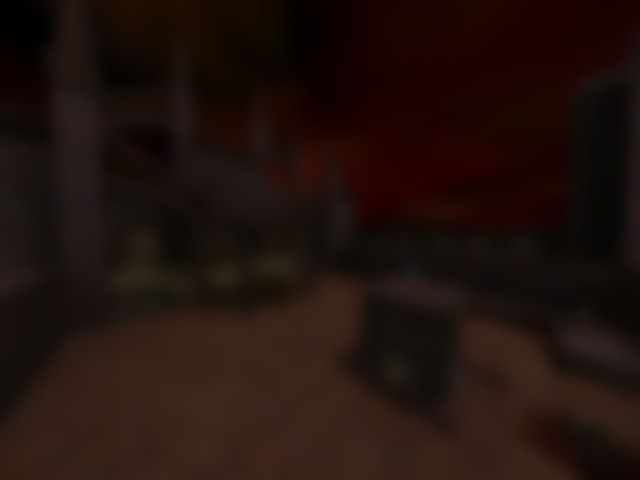