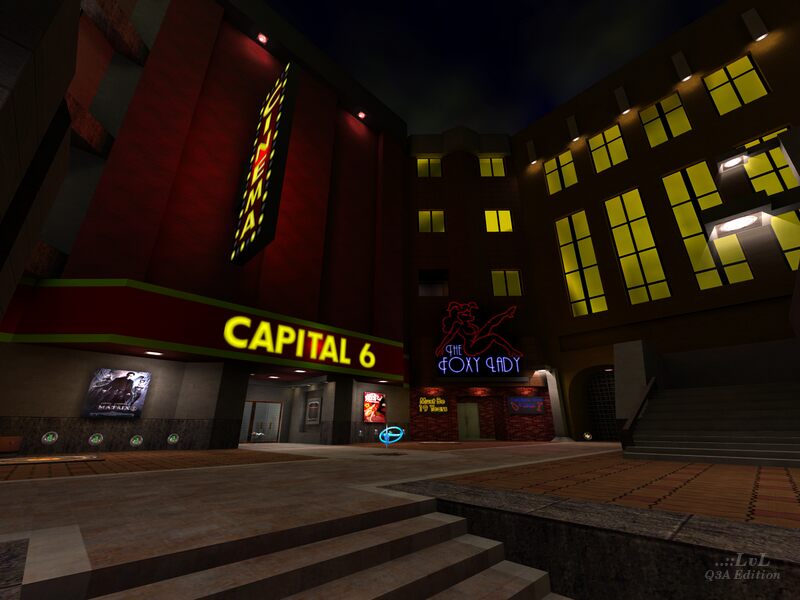 raspatan Rep. 4218
#25   02 Sep 2020
Among all city maps available, this is "the best" imo. It's a "coarse" map that could do with many improvements (for instance, subway doors could react to fire; more verticality could have been added). Still, it's pretty enjoyable because areas are well connected and bots play fine.
Agree (1) or Disagree (0)

I'm keen to hear what people think about this idea or what others ideas/suggestions you may have.

Please reply to this post on the forum at lvlworld.com/forum

Anyway, this map rocks. I'm disappointed this score is so low after 17 votes. I think the webpage screws up these scores... since it defaults to 0. I hope the webmaster fixes that. : /

So far everything I have read of Scampies is negative...wonder where all his maps are since he knows so much?

even though some members of are community get a tad upset if things are out of scale or cartoonish.....unfortunately for some...if a map doesnt fit a certain format it instantly sucks :-)

you have major skillz :-)

Agree (0) or Disagree (0)
Abyss unregistered
#12   28 Jan 2001
I luv the map, wish there was more like it, keep up the good work, and don't take any of the critics to heart,(you sound like you got your head screwed on right, so you probably won't) one minute they are saying things are "out of scale" (unrealistic), and the next thing they say is "that it looks to cartoonish" or "real life should stay where it is"

Agree (0) or Disagree (0)
Lionel_A unregistered
#11   28 Jan 2001
A fun and refreshning map.
Agree (0) or Disagree (0)
Scancode unregistered
#10   28 Jan 2001
Actually the overhead of having the transparency on the windows is very low. Since nothing is really being drawn behind except a blackness texture which is 1 pass and the window shader, which is 2 passes. So in the end the fps you probably wouldn't even notice.

In general windows are fully lit in real life and if I used lightmap it would have given me variations in lighting intensity over the texture in the game. Also no lightmaps are stored in vid mem for the windows, which is also good.

I tested about 5 different window effects and found this one had the most realistic look. If you want make your own and show me a better technique, feel free.

Autosprite does a vertical and horizontal adjustment of the graphic and tends to give an unnatural effect that makes the image float into you when adjusting your pitch. This is good for lensflares, bad for bushes and plants. If the sprite's in q3 only rotated on its horizontal axis, then it would be a worthwhile effect, still looking flat ofcourse.

The best method is to just make a static model in something like 3dsmax, skin it and load it in, I've seen this done and it looks super sweet. I couldn't do this myself, sorry.

I tried several different methods and in the end found this to be the most pleasing of the brush techniques.

Q3 in general is cartoonish. The colors are bright and the lighting is a little intense. Duke3D was cartoonish, how come nobody bitched about their city maps?

The computer humm is from the movie theatre and other monitors. This may have been in bad taste to some people, Oh well =p. Sometimes a little ambience though a bit off key is better than none at all.

Agree (0) or Disagree (0)
pugwash unregistered
#9   28 Jan 2001
kool map. keep it up!
Agree (0) or Disagree (0)
Scampie unregistered
#8   27 Jan 2001
man, I never know that the city looked so cartoonish. all the windows are transparent, but there is nothing to show behind them, wasting FPS. the plants should've been done with an autosprite rather then crisscrossing two faces. the layout is large and mostly flat. i keep wondering why there's a computer hum throughout the map too. the teleport effect was nice tho. probably the only thing that's nice tho. = real life should stay where it is.
Agree (0) or Disagree (0)
RiceEater unregistered
#7   27 Jan 2001
Excellent map. The ambient sound effects give this map for a city street war. Get out yer gak cause there aint no turnin back. There's gonna be mahem in the STREETS!

The layout of this map makes for the best gameflow of any map I've played of this type.

DL it, you'll be happy you did.

Please put it on your servers!

Anyways, keep up the good work, and this map rawks!!!rar!!!

Agree (0) or Disagree (0)
yin69yang unregistered
#2   26 Jan 2001
This map is a must! I have spent hours playing my buddies on this map. We were amazed how much this map resembles our own town square. The only thing missing is the church next the the foxy lady.

But seriously ... this is one of the best city environments I've played on. I just wish there was some nudity. But one map can't be all things to all quakers now, can it? 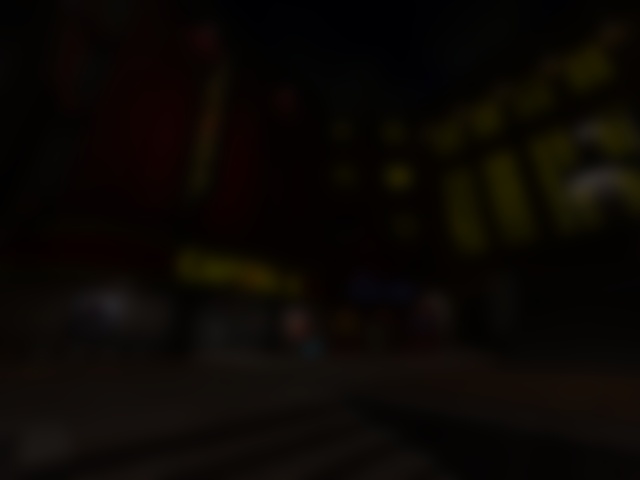