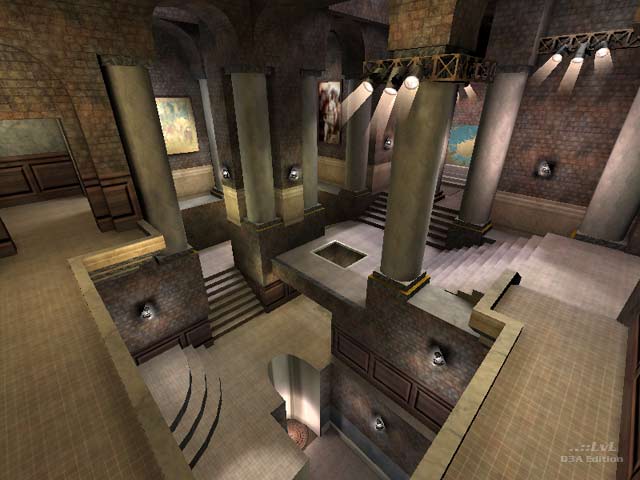 ended up with a job with ratbag :) nuff said

ALL OF THEM ARE GOOD

Agree (0) or Disagree (0)
me unregistered
#17   30 Jan 2001
I truly can't find the scale problem, in fact it would be small if we are talking about museums. I have nothing against the upstairs size, Q3 standard size seems small for me, in fact. Layout is really good for FFA. And the look is nice. I could be finished better, but that will low the r_speeds, so the map is good enough for me.
Agree (0) or Disagree (0)
WaSp unregistered
#16   29 Jan 2001
Thankyou for the comments everyone,and Dagwit..WOW..thanx for taking the time man ;-) and Excelsiore.....It didnt even accure to me...a good point an I will watch for it next time.

As a mapper I have many...MANY...faults,but downloading maps from the greats and the inspiration their work gives and the sheer enjoyment of it keeps me going ,and the many kind emails I recieve help as well:-)

But I have to add that this is the first time in the 5 years I have been involved with quake and its community that I have walked away from a project with a bad taste in my mouth.

anyways.....I hope the majority who took the time to dowload Davinci get a good 5-10 minutes out of it :-p

For those of you interested in our beloved Scampie, enjoy some reading:
www.qmap.org/qthread.php3

Agree (0) or Disagree (0)
Dagwit unregistered
#12   29 Jan 2001
Holy Sheet, LowGun, you obviously have too little time on yours . . . no, to be fair, it's understandable that an untrained and inexperienced eye should fail to discriminate between the undoubtedly overworked gothic style, and this classical style, which is used in only a handful of maps (Lloyd Morris's 'Ancient Archipelago', lloydmdm2, being the most famous example).
Agree (0) or Disagree (0)
LowGun unregistered
#11   29 Jan 2001
Holy Sheet Dagwit, you have too much time on your hands my friend....

This map is decent but this look is starting to kill me...what I really want to see is more innovative looks like Flying Pluto and the Rhapsody in blue....

Agree (0) or Disagree (0)
Dagwit unregistered
#10   29 Jan 2001
"Probably the worst, most incoherant, badly designed, and unattractive map I've seen in a while". If Scampie only downloads the best maps by the best mappers, that comment might just be believable. I download pretty much everything I can find: in my 'Maps-recent' folder I currently have 39 maps. Five are so framey as to be effectively unplayable; six are so appalling only their makers' mothers would play them, while biting their tongues; nine are fair to decent; eleven are more or less good; and, it having been a pretty good crop, eight I rate as excellent.

From this perspective WaSp's map comes somewhere between good and excellent. The scale of the map is about right for a public building made to impress its grandeur on the visitor. The layout has the requisite amount of drama.

The texturing is impressive at first sight, but there are areas which don't bear close inspection. In particular the brick arches are wrong: not only does the brick texture on the curve of an arch not mesh believably with the texture on the side, but in reality a brick arch would have an 'arch-ring' of bricks called voussoirs, often slightly wedge-shaped, laid to form the curve of the arch - they're needed to transfer the load of the wall above safely to the sides of the arch. Brick is, of course, the wrong material anyway for what is meant to be a grand public space, but stone arches also need an arch-ring of voussoirs. Tricky to map, I'm sure, but necessary if the architecture is to carry conviction.

Another problem: when I tucked myself in behind the central pillar above the stairwell overlooked by the RL balcony, I was able to see through it.

The gothic lamps are OK, but the white glare of the techno lamps on the brickwork somehow just doesn't work. The shaded metal textures on the jumppad hollows aren't a success either.

Scampie is more or less right about the quality of the artwork textures. Real tapestries, it is true, are about as cruddy as they are here - I never look at a tapestry without part of me thinking 'Why don't they get rid of this filthy, faded old thing and buy a new one?' On the other hand real tapestries don't have visible joins where textures don't quite match, nor is the heavy tapestry fabric particularly keen to flutter in the breeze: I seem to recall that tapestries originally functioned as draft excluders. The tapestries should hang still, and the rest of the artwork might have originated in better reproductions or been scanned in better detail.

On the teleporter issue: id's teleporter design was an attempt at a compromise that would look good whether in gothic, space and techno maps. In fact, it really only works for gothic maps, and even there it can be bettered. No-one aiming at a consistent aesthetic should now be using it in techno maps. And it would certainly be completely out of place in this vaguely classical design. I rather liked WaSp's replacement.

All in all, then, this map could be improved. But 'the worst . . . in a while'? It's better than almost four out of five of the maps I've looked in the last week.

This map seemed largish at fist but was open enough to be busy with 3 players, despite the fact the r_speeds can climb from that openness.

I agree with Excelsiore about the stairs, definitely too high for q3. It didn't really take any fun out of it, u climb them fast. Just feels a bit un-natural.

If this map was half its scale, it would do magic + the rail would be less dominant.

One other minor tweak, the jumpads look cool but are kinda outta place with the theme. But, it definitely feels museum`ish besides that.

Wasp's map is far from as bad as you feel it is, which suggest you have something else stuck up your arse?

Feels like ya rushed it when you made it, it doesnt feel finished.

Your layouts not bad, I'll give u that much but the architecture is rotten - your jumpads look egg shaped?!?!

Redo this level, its still gotta lot to go before its ready imo.

On to the next one, pleeezz

Agree (0) or Disagree (0)
Scampie unregistered
#4   27 Jan 2001
Probably the worst, most incoherant, badly designed, and unattractive map I've seen in a while. nothing to stand out except the fact that the map is very large scalewise. all the artwork textures look grainy and undetailed. The teleport thing doesn't ever look like a teleport, which rubs me the wrong way. nothing new, or vagely inspirational here.

I can't see anything that makes it worth a download.

What ELSE ya got in yer bag o' tricks, WaSp? 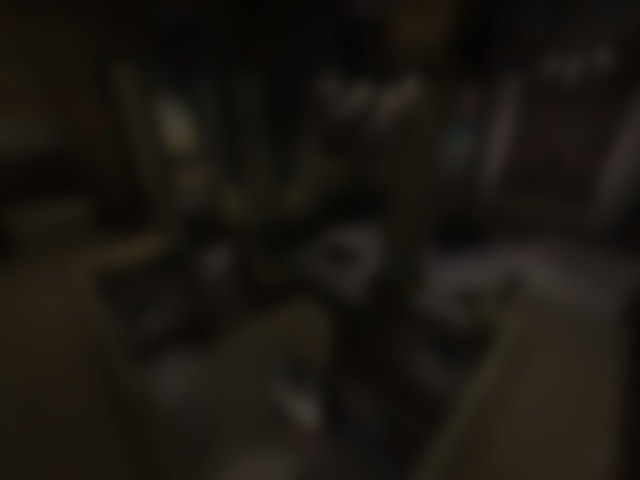