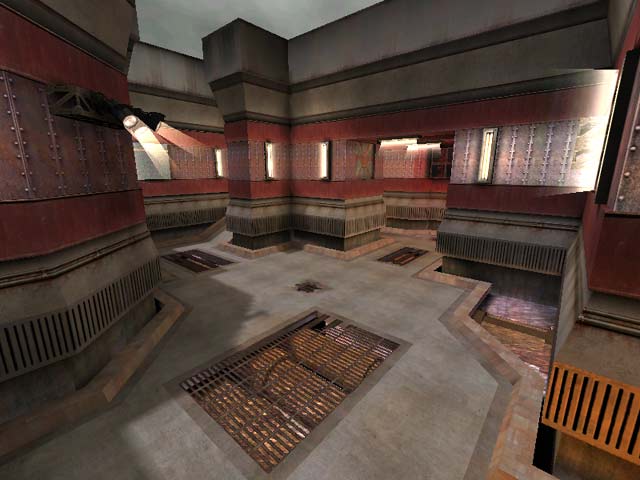 The links below no longer work. Visit www.lakesdigitalarts.com to download the latest versions.

Improved: 100h is easier to get

Improved: Bots camp like they should, gameplay is really tight now

And, I made sure to release a no-music version for those who don't want the 8.3 MB download.

Also, Kiltron can stop complaining, I made the proper changes to the .txt, giving him credit for the shader file. That was a blunder on my part.

"Man, that was a complete and serious goof on my part. I'm totally sorry for not listing you in the readme. I'll make sure to re-write the file when I re-distribute the non-music version. My seriously humble appologies.

I'm re-releasing the non-music version of Korea as soon as my site gets transfered to a new server. My appologies to those who've been waiting. Oh, and Kiltron's "Deviant" map was part of the inspiration, but mostly the Deftones website and their music. I used Kiltron's .shader file to help give me a clue as to what I wanted to do. A lot of the monitor designs are really his, so I can't take all the credit. Personally, Deviant is one of my favorites.

Agree (0) or Disagree (0)
Tyre unregistered
#6   04 Oct 2000
... waiting for a version of the pk3 without 8 megs of music I'll never listen to ...
Agree (0) or Disagree (0)
Kiltron unregistered
#5   02 Oct 2000
It's cool to release a promo map, but it's bad to not give any credit to another author/map from which your idea derived from. Deviant was the inspiration to create this map according to this author's emails to me. And use of shaders as well. Pretty shitty when they don't list that in the readme .txt. Map is decent, but respect rank = 0..........
Agree (0) or Disagree (0)
GONNAKILLYA! unregistered
#4   02 Oct 2000
Seriously cool details in this map. When I looked down at one of the open pipes and saw water coming out and that little splash dealy thing going on where the water pours out....awesome!

The layout is good for a quick DM or Tourney game. It's a little too horizontal for me but that's ok, this map rocks.

One thing though, and this is just my opinion, but we are assaulted with advertisements day in and day out. Why the hell are they creeping into Quake maps? I'm sorry but I'm just here to play a game, not to have a CD or anything else pitched to me. It's bad enough we now have commercials at the movie theater, but do we have to have them in our favorite games? Come on, people.

Agree (0) or Disagree (0)
Johnny Law unregistered
#3   02 Oct 2000
Well, this is pretty good. In playability it beats out that other promo map, the Dre/Eminem thing.

IMO it's too flat and simple for a fun FFA. However it's got some promise for toe-to-toe 1-on-1 play... unfortunately the railgun kinda ruins it, in a flat, open map like this one, if either player has good aim. Switching out the RG for an LG probably would help things tremendously, oh well.

Dunno about instagib, but I can see how this could work in RA3, since players will often have enough armor to survive a rail shot. 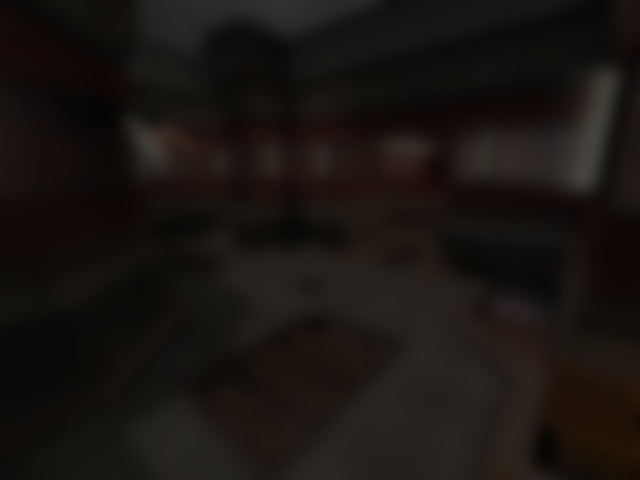