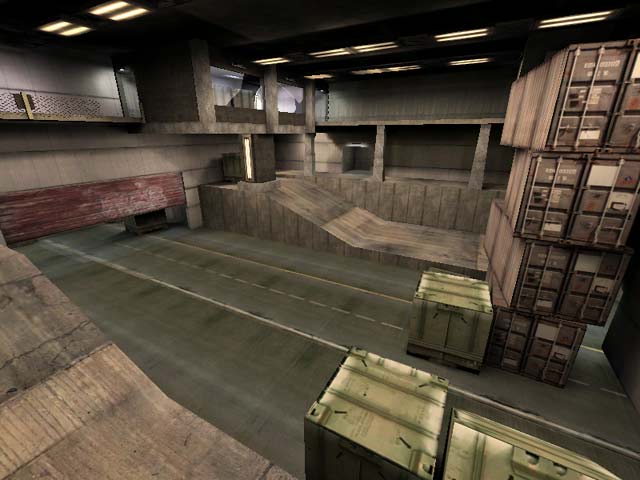 Looks nice, but too big and dark for its own good.

I put up my own mirror of the .zip ... no changes to the map or anything but hopefully the downloads will go smoother, so I needn't email the map to every1 who gets a broken DL from LvL.

I will also add that version 1.3 of this map (the one you can get from here is 1.1) will be in the next release of the Urban Warfare mod. Y'all should be looking forward to it. UW's homepage is www.quake3mods.net/warfare

Enjoy the map, get that score up damnit :)
/w2k

This map looks like it would be awesome, but I have downloaded it 4 times from all different sources and everytime winzip says it is an invalid archive and it won't open! What gives?

How could I get this damn BFG on the top oh this crates???

a few things are not the same,but it's ok

with the reallife weapons,then it looks a little bit like counter-strike :-)

Agree (1) or Disagree (0)
Dutch unregistered
#16   16 Jul 2000
I love city / real type maps . This one is good , but I think online play or on a lan is the best way to play this one as the bots tend to congregate in the central area where that "tunnel" goes under the building. All one has to do is stand back and keep firing rockets through the tunnel and it is frag city. I don't think bot play is good at all as our host suggests. I think playing against humans is the only way to go especially in this case.
Agree (0) or Disagree (0)
RedFive unregistered
#15   15 Jul 2000
This map looks really good, but I find it a bit huge in my taste. Even strafe-jumping all the time it feels like you're walking very slow. Another thing that turned me off is the lack of an arena file; If I had to remember all the map names in my HD I'd go nuts!

Newbie? Me? Bah! I've been making maps since the DooM days, kid.

Of course I compile out of q3radiant. I'm quite sure there's no leak, as that would've prevented the generation of a .prt file, which would've effectively prevented me from vising the

map, which I distinctly remember doing :) Plus I would've seen the LEAK error message.

Also read LvL's submission page. Had there been a leak, they wouldn't have reviewed it.

I loaded up the map (v1.3) to try and find this 'leak' you claim to have found, but came up empty - so I downloaded the map (v1.1) from LvL and woohoo, the r_speeds did look rather weird in that spot. My fps remained unaffected though, and noone but you has reported this problem, so this is a typical 'error-which-you-won't-see-unless-you-look-for-it'.

Agree (0) or Disagree (0)
BigFreakinGun unregistered
#12   14 Jul 2000
Cool map! I have always liked city maps. Not the best one ive played though. I havent seen this cs_assault thingy-whatever, but still a good map anyway.
Agree (0) or Disagree (0)
mac unregistered
#11   14 Jul 2000
i think conversations are not that bad.. if youre a newbie thats a good way to leran how the editor works.. but its not your original idea its only a copy as good as you make it its still a copy.. and one thing in one are in front of the big entrance to the warehouse if you look in the direction where the big houses are there must be a leak because the r_speed is around 8K but the fps goes down to near zero.. check this out .. possible you not saw this thing if you don't compile out of q3radiant

Agree (0) or Disagree (0)
W2k unregistered
#10   14 Jul 2000
Reading all these comments sure is interesting, not to mention funny :) It's also nice to see that people are enjoying my map. (Mimi, the world needs more people as kind as you)

I have to admit though, while the readme states in several places that this is a cs_assault conversion and not a 100% original map, there is no mention of the name of the original author - mainly because I didn't know it at the time. The man's (nick)name is 'CryptR', so a sizeable bit of the credit for 'Genom Warehouse' goes to him.

Agree (0) or Disagree (0)
Captain (Horatio) Chaos unregistered
#9   14 Jul 2000
You tell em Mimi; these guys need more pictures in the read-me file as otherwise their brains begin to hurt real bad and smoke puffs out their ears.

This is an excellent urban map, one of the best I've seen yet. Though I didn't care much for the red glass in some of the windows; W2K what were you thinking lad! (use Star Trek's 'Scotty' accent)

Mimi; Mimi; I'd walk a thousand miles for one of your smiles, Oh Miiiiiiiiimiiiiii! (Use Jolson accent)

I didn't read the readme and had I done so I would have noted the mention of the original author and map etc. Sorry.

I downloaded it anyway and I must say I like the lighting outside. Some of the architecture in places was a little suspect though (nmainly just the steps really) but overall it seemed like a pretty solid map.

-- This map received a very good review from the every respected reviewers of LvL site. But we have not yet seen one good comment explains the reason why this excellent map being vote down to low 5.33.

-- Vote down for any map without proper critiques/explanations about the game play, bots play, map construction is as bad as “Plagiarism”.
-- Low score vote without explanations to the author, it’s definitely a “Rip-off” of all the hard works / labor of love /all dedicated times of the map designers.

-- Genom Warehouse is of the best city theme map and an excellent Q3 converted map with good horizontal and vertical plays for single user who plays with a lot of bots.

-- It has good horizontal/vertical design, action on top of buildings, inside buildings, on streets level and it is big enough to concurrently accommodate all type of Q3 players on the multiple-players mode with no big slow down.
-- It’s very good/fast/fun and we have very wonderful times with the map on own LAN parties.
-- The map also works well with many Q3 mods, and Q3 action mods with real weapon models. We like it more than the original HL-CSA map when play with Q3 mods.

-- A must have and it’s well worth your download times. 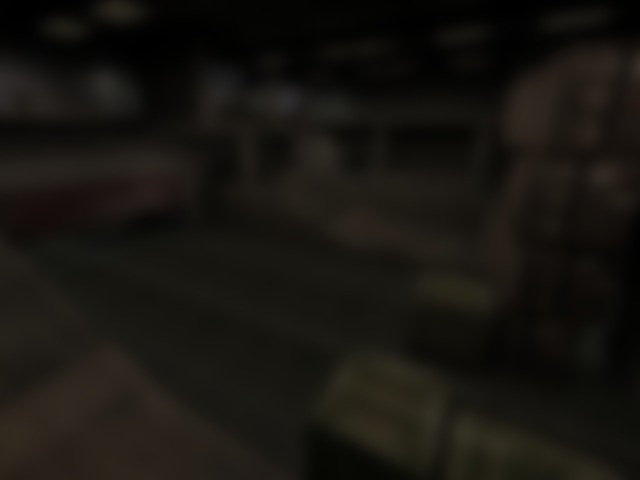