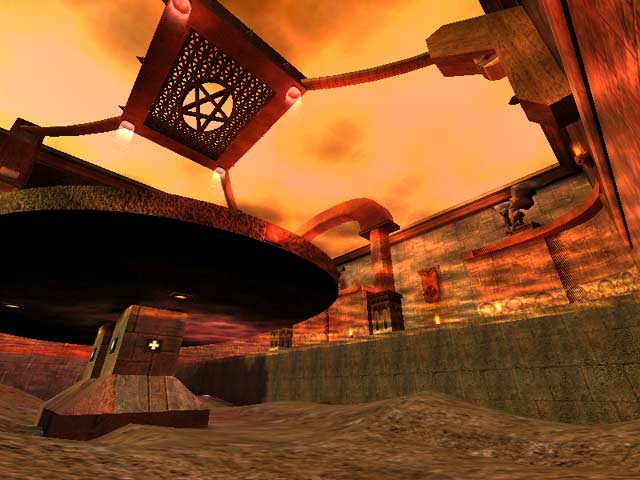 IDK about you guys, but I'm keeping this for awhile!! 5.5

erm I'll leave any comments out in reply :) but my little pic on my readme will suffice :)

have a nice day :) heheh

this is almost gospel :)

well elvis the bots should go into the teleporter as I placed a bot entity there and depending on the bot u use they use the ents with different weighting :) trust me they do use it :)

As far as bot play goes most maps suk

THIS ARENA WAS INTENDED FOR REAL LIFE PLAYERS!!!!!!

Us brits play RA2 quite a bit- infact I dont really play against bots neways - I have cable :) and I play multiplayer games- this Arena was intended to be played as an RA2/3 Rail arena as this is what happens on the small arenas :) I only really play v other peeps as this is the best play u can get online!!

if you havn't checked out RA2 yet then grab it m8 :) in the small arenas we play Rails only most of the time to sharpen the aim and with the pickups its all weps :)

Next time peeps- think of playing an ra2/3 arena and this is the type of arena(s) I have done and plan to do :) NO dm maps Mainly ROCKET ARENA ARENAS!!!

hmmm despite the fact there was a readme file in the zip and pk3 did peeps read it??? probably not :(

It dint help that lvl reviewed it and didn't even mention that it was based for playing as an ra2/3 rail arena!

Agree (0) or Disagree (0)
elvis unregistered
#10   19 May 2000
well preaty cool rail map though bots stay in the water they should go into the teleporter in the water.

i wont keep this one though;(

erm well this was my 1st attempt at map making :) and I was only really going throught all the tutorials from gamedesign.net :) only really to get a feel of using rad for future arenas :)

and u know wot they say ehhe u cant please peeps all the time :)

if map designers stopped and reworked everything they did just cos some 1 said i dont like that bit they'd never get ne work done :)

ehhe once my arenas are done thats it finito no more editing :)

map is as is and its tough if u dont like it heheh :)

I had no probs with the bots at all they use the teleporters , there are bot roam ents all over the place and bots go everywhere :)

be sure to check my other arenas out @ www.SLoB.org.uk :-)

The jump pads are just spot on for this small arena.

good for a first arena :) are there any more arenas?

the water was cool but knida flat lookin would have been better a nicer blue color :) and I thought the deathfog pit coulda been a bit deeper.

but on the whole a nice arena for railing :)

heh yea ouchie :) must have bin that email i sent sayin my map has been waiting for too long to be reviewed heheh :)

see wot other peeps reckon on it :)

next time I think i'll add big letters saying this arena was made for RA2/3 play heheh :)

i think i did include a pic of the original dock in the zip?

so peeps could see it :) before my version :)

the map which the idea was taken from was the doc in Quake2's RA2 MOD.

and i think Slob has captured the RA2 arena down to a tee.

the gameflow is the same as the

RA2 version but better because of the Quake 3 format ie jump pads and such.

The author said that the Arena was intended for Rocket Arena 2 style playing and I thought it was great for 1 v 1 or 2 v 2 and with this view in mind is a great rail arena :)

The rocky ground was cool though :) 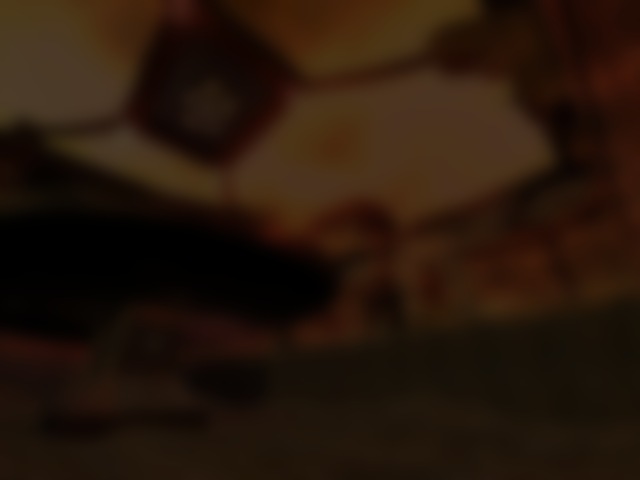