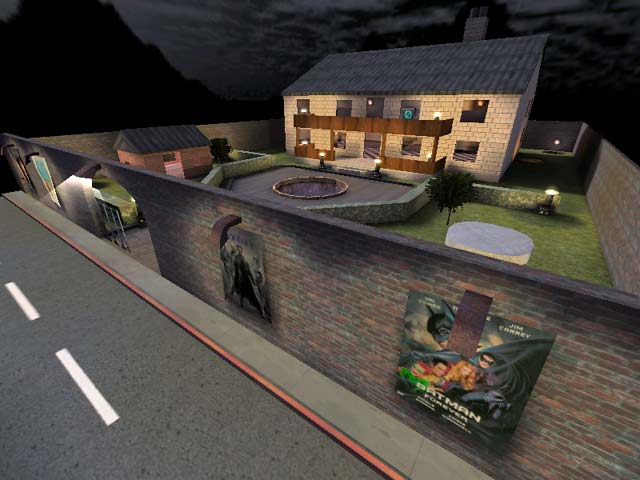 FragTastic Rep. 2241
#10   07 Jan 2012
Amazing :).
Agree (0) or Disagree (0)
SW12 unregistered
#9   10 Jun 2010
This map is really nothing special. The fountain has no textures that appeared when I played it and the rooms in the house were all empty. I wanted Eye candy AND fighting with bots. If I want that, I have to keep digging. Tell me if you find one for me.
Agree (0) or Disagree (0)
SW12 unregistered
#8   28 May 2010
Looks like the map: fraghouse by apfrag. Too bad he never made any other maps.
Agree (0) or Disagree (0)
gorilla unregistered
#7   03 Aug 2000
sorry. points for trying something different, but the gameplay's just not here. I guess people like the posters, but they didn't fit with the level at all. Plus, the street just dropping off into an invisible wall is weak.

Textures missing on the windows and swimming pool for me. The thin walls and square bushes were a dissappointment. Some good ideas here, the front lawn offer a few interesting battle oppurtunities, but all in all - probably not worth a download.

Agree (0) or Disagree (0)
OO7MIKE unregistered
#6   18 Apr 2000
Nice posters. I dont know how they relate to the mansion but it was a nice touch. The fastest house map i have ever played in q3. There is one place you can dominate the map: since you can shoot through windows ..you can camp around the stairway and shoot anyone who tries to come in the door or out. That haste pit had some bad problems.

7/10 fun map..has problems but the gameplay saves it. Take a look!

Agree (0) or Disagree (0)
angelone unregistered
#5   16 Apr 2000
yeah, more of that stuff, i love real lookin maps
Agree (0) or Disagree (0)
Flisker unregistered
#4   16 Apr 2000
Its very rare that there is a outside map (in city). That makes the gamesply weard but still fun
Agree (0) or Disagree (0)
Octovus unregistered
#3   15 Apr 2000
Yeah I really liked the posters...though as Jim said they don't make much sense considering the rest of the map. The pipe-teleporter was a little confusing and not important to gameplay imo. It was perfectly good for a "house map" and I really liked the doors, which looked real and had "doorknobs". Unfortunately the bots didn't seem to realise these buttons and could only get in or out of doors when they hit them accidentally. The main problem with the map was that the back area was just completely disused. What with the rg, quad, and rl and haste all in the front area and next to nothing behind, why would you go there? I liked it though, if only because I like house maps just for the exploration factor. For a house map, it's a 8 but in the real mapping world it would be a 6 so gets a 7. =)

Agree (0) or Disagree (0)
asddas unregistered
#2   15 Apr 2000
mmmm Cstrike map (Cs_mansion)
Agree (0) or Disagree (0)
Jim unregistered
#1   15 Apr 2000
House maps are a nice concept- but they don't work too well with Q3 unless everything is scaled up massively- I like having plenty of room to move and not getting stuck on things- yes this map could have benefitted from clip brushes in many places.

With the movie flags on the front fence this map should have been a movie cinema- although I must comment on this- why put the crappy Batman 'Never' right next to the Matrix? 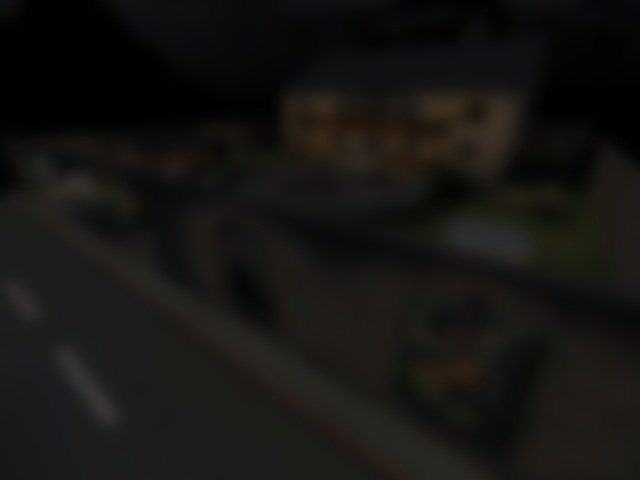