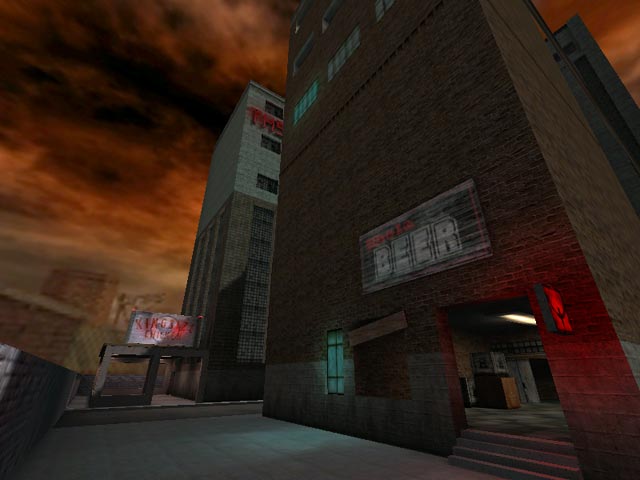 Sergei "Zihaben" Starko Rep. 70
#27   08 May 2008
This map was featured in the "FIRE AND ICE" mod. I swear most textures are grabbed from Kingpin ;-) I think it's best Q3 map ever done... Real masterpiece!!! Regular game developers must be ashamed of this community-based creation. 10/10 from me!!!!
Agree (0) or Disagree (0)
froGGee125 unregistered
#26   10 Aug 2002
One of my all time favorite "realistic" Q3A maps. Tons of fun.
Agree (0) or Disagree (0)
alien unregistered
#25   08 Jul 2000
one of the best "city-maps"
Agree (0) or Disagree (0)
Trueplayer unregistered
#24   14 Jun 2000
Wonderful map with open areas between the skyscrapers and nice huntings in the skyscrapers.Bots are too stoopid, so playing a reality mod like urban warfare is annoying(falling down)
Agree (0) or Disagree (0)
Locutus_MP unregistered
#23   10 Jun 2000
i'm sorry but this is a level that i find it hard to get attached to. i don't know how close the author copied the original, so the design might not even be his fault, but in any case it just doesn't work, at least not in Q3A. The scale is perfect, but that's a liability in this case. People are much more likely to spend all their time running around inside the buildings looking for stuff than doing any fighting. When you get right down to it, the outdoor area feels too small! And because of the height of the buildings, vertical fighting becomes hard to pull off. i think it'd be better if the buildings were scaled down (way down), and more attention was spent to widing the area instead of adding alot of height. If you can get fights going between the streets and the rooftops, the map would be much more fun to play.

Agree (0) or Disagree (0)
BigFrickinGun unregistered
#22   17 May 2000
oh yeah the rocket launcher window mentioned below is in the building with the RAILGUN on top of it. The PLASMA GUN is on top of the biggest building. Stand there and look down to the rocket launcher window and grapple. Had to clear that up :)
Agree (0) or Disagree (0)
BigFrickinGun unregistered
#21   17 May 2000
if you want to find the BFG, this map comes with demos. One of the demos tells you how to get the BFG. But its easier than that if you have the grappling hook. Go to the top of the biggest building where you get the plasma gun and where the jump is. Look down at the building on your left and look for the window where you can see a rocket launcher. Grapple down to that window. Turn the corner and go down the hole beside the box of railgun slugs. The BFG is down there. Kickass map!!!
Agree (0) or Disagree (0)
MEE LO BEE unregistered
#20   09 May 2000
This map is tha SHIT man!!!

it´s really exelent especcialy with the grapple turned on!

Oh yeah, bye the way leave the BFG out of this map and put in another railgun

it’s a small site, but has screenshot of the original DukeNukem3D map. :)

Agree (0) or Disagree (0)
SiCdeth unregistered
#10   16 Apr 2000
well, i didnt really get too much from the map, (keep in mind i didnt play with bots yet and dont plan on it cuz my frame rates were low while just walking around by myself) i liked the sky, um thats pretty much it.

Agree (0) or Disagree (0)
Octovus unregistered
#9   16 Apr 2000
Hahah no ty [-St@$h-]....just 10 h would be more appropriate imo (though it doesn't matter much really)
Agree (0) or Disagree (0)
OO7MIKE unregistered
#8   16 Apr 2000
Since Tigger-oN says its a remake of a duke map i cant comment on how acurate it is.The frame rates are fairly high and not dieing from and extreme fall was cool. Then again i always found in the q3 game that all you had to do to keep a fall from causing to much damage is run while falling. (try it) I did get lost at which building i was in while being bounced around. Most of the action was on the street or the roof. (More the street cause i didnt let them go up there.Hehe.) Whats with me landing from the roof to the ground before my rockets do? Yeah you can pretty much frag your self if not careful. 7/10 The thrill of being invincible to a fall faded quickly and soon dominating the map didnt require going anywere but hanging around the rocket launcher and health. Predictively they all ran for the jump pad.

Can't wait to see if the Q3A models and weapons fit into "real" settings. They seem a bit too stylized to do that very well.

ok, stand on the top ledge of the builing with the grey vent box/elevator box on it and look across to the railgun. Now jump across to one of the windows and run around or fall down the hole (can't remeber atm) and the BFG is there. It also prints a message to the screen.

Agree (0) or Disagree (0)
Octovus unregistered
#3   15 Apr 2000
Yeah once again Jim you are bang on, that open area is disused. (Both online and especially with bots). It was pretty good though imo, sure as hell good enough to keep. I really liked the sniper-ledge that the bounce pad took you to. Perhaps that is what Jim is referring to. If there was one thing I didn't like, it was this: When I first got to the top of a building, I looked down and thought "holy !@#$ !". I jumped down and with a slight "oof" from my model at the bottom I'd find I'd only lost 3 health.. wtf? Personally, I though I was doomed when I hit bottom. At least ten health should be taken for such a fall! Still I really liked it overall...one thing. W(here)tf is the bfg? Just wondering =)

Agree (0) or Disagree (0)
Jim unregistered
#2   15 Apr 2000
This the best urban setting Q3 map I've seen to date- even though I still don't really like that style. Definately a good railing map, but unfortunately I think players will end up spending most of the time in the buildings and not in the oudoor area.
Agree (0) or Disagree (0)
Gila unregistered
#1   15 Apr 2000
Well only thing I really liked is textures from Kingpin. Kingpin is a great game, but city levels won't fit in QIIIA even if they will be very good.

On the other hand, it's kinda differs from all those gothic and space levels, so it's plays a little unusual. I gave it 6. 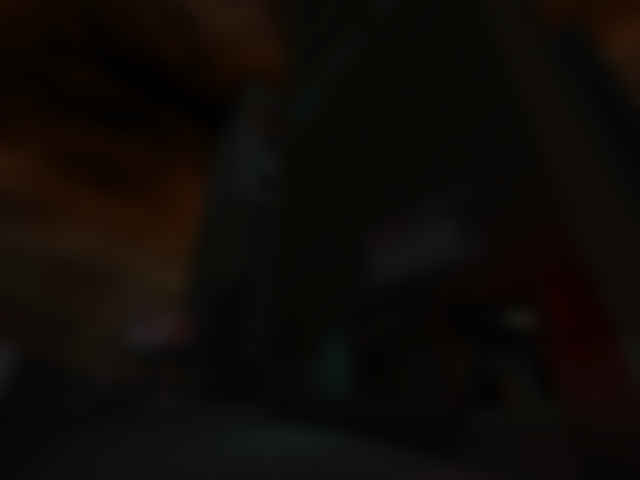