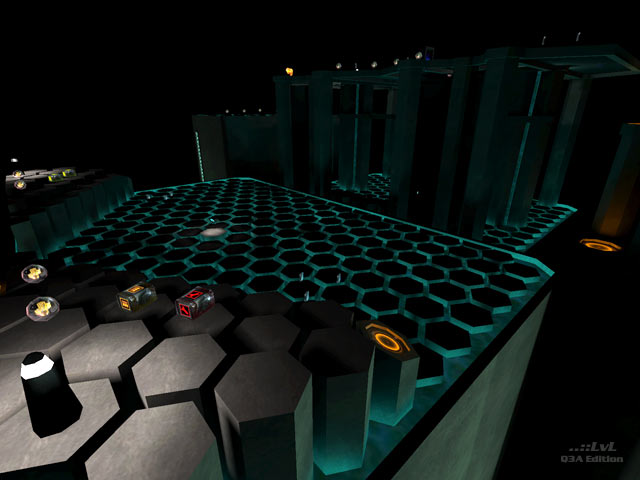 DGhost Rep. 170
#7   23 Aug 2011
I think that the floor cells is an interesting idea, mapper should take a look for curiosity and ideas. But there is no gameplay value in it. Looks more like a test chamber. Also making a skybox out of black only without too much light in the room is a very bad idea. At least you could take a space sky to keep it dark and at the same time adding more ambient light to the room. I guess that fragging in there after more than 10 minutes, your eyes will start to get tired because of the skybox.
Agree (0) or Disagree (0)

EmeraldTiger Rep. 2443
#3   20 Aug 2011
A let-down from Stijns previous offerings. The honeycomb design is nice but the gameplay doesnt have much to offer that is different from your typcial space map.
Agree (0) or Disagree (0)

themuffinator Rep. 998
#2   20 Aug 2011
The honeycomb/hexagonal cell idea is an interesting concept to build around, but the map really doesn't offer anything worthwhile.

With more imagination and effort it could have been much better. As it stands it feels like nothing more than a concept map 5/10

Tetzlaff Rep. 255
#1   19 Aug 2011
I think the review is a bit unfair and shallow when the only thing noted about the looks is "the lighting is bad". It's obvious that the map author was going for a gloomy cyberspace tech style and experimented with the lighting. The hexagonal pillars being lit by the slime actually looks interesting.
Agree (3) or Disagree (0)




Review

Download

Comments

Votes

Overview

Media

Screenshots

Panorama

Video

Readme

Bookmark

Browse 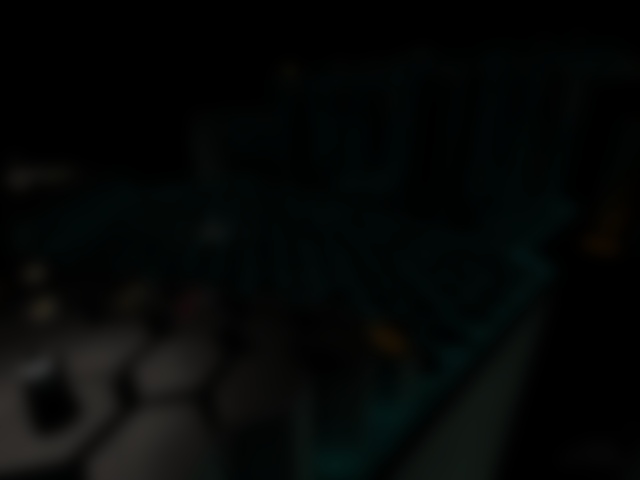