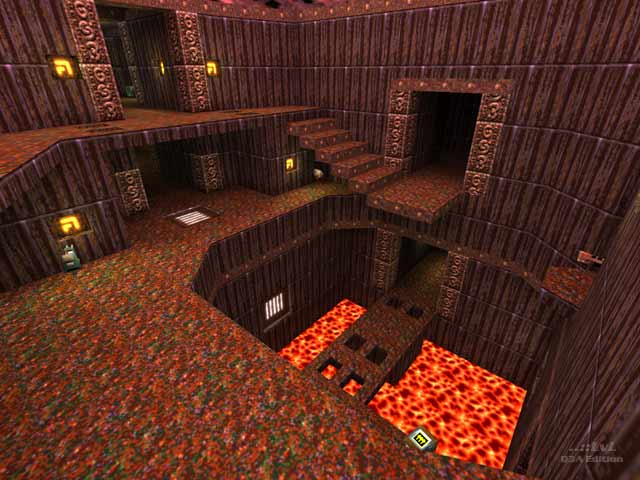 leilei Rep. 363
#12   26 Mar 2014
Um Frag... You DO realize these are textures from the original Quake and this map is directly converted out of Quake, right? There's hardly any 'experimenting' going on here.
Agree (2) or Disagree (0)

Phoenix Rep. 45
#9   17 Dec 2010
I am the coder for Generations Arena. The reason SpAwN scaled his map is owing to the fact that Quake 3 uses different physics, and there's 5 different sets of physics and weapons at work. Perfect-scale remakes for Quake 1 and Doom are just too claustrophobic to be sanely playable. Even in Quakeworld this map was a respawn fest in anything but a 1 vs 1. It wasn't until Quake 2 that maps started to have more maneuvering room, and Quake 3 seems to have hit the balance of map size to player motion pretty well perfect.

Regarding conversions... I would strongly caution you in this department. The original Generations for Quake 2 was terminated due to this. Directly reusing textures and maps is generally not permitted by Id Software. When we were in communication with Id prior to starting work on Generations Arena, Todd H. expressed some hesitation about maps. He was not OK with any direct map conversions, and texture ripping was straight out. Ground-up remakes and remixes with all new textures were permissible. I'm not saying Id is going to fire off a nastygram to LvL over your map, but it's something to keep in mind for future projects.

themuffinator Rep. 998
#5   13 Oct 2010
@deathrock:
I apologise if the review came about a bit harsh, but many points I made have a factual base to them and overall I feel the review as a whole was justified and fair.

As for item placement, it's essentially similar. Obviously you're not going to have a super nailgun in Q3. Replacing Q1 weapons and ammo with Q3 weapons and ammo is a 2 minute job on a map this size, and can even be automated with a script if you quickly convert the map to asci code in a program such as QuArK.

Overall I don't see this map taking more than half an hour to convert from beginning to end and that's the underlying principle behind it. If you're going to convert a map, put time and effort into it to create something that can play as well in Q3 as it did in Q1, instead of releasing a map that feels cramped in Q3 and that you can jump across rooms and bash your head on doorways in. You can do better than this and you know it, so don't put the blame on me.

@SW12:
Accuracy doesn't mean it's a good remake. A direct conversion might keep the purists happy for the first few minutes of gameplay due to the nostalgia of it all, but it doesn't last. SpAwN's has far superior gameplay and that's what it boils down to in the end.
Edited: 13 Oct 2010 AEST

Tig Rep. 1234
#4   12 Oct 2010
A quick search for 'the bad' and a second search for 'place', here on ..::LvL will return a number of conversions for this map. It is a popular one. Check out what others have done, a of number authors have done a lot more than a straight conversion.

There is nothing wrong with using a existing layout as a guide to making a new map, but a straight conversion from one game to another almost never works.

spirit Rep. 527
#3   12 Oct 2010
The review sounds a bit harsh maybe. It's a good map and it's not that you messed the gameplay of the map up or something but many people publish very simple conversions (made by running the map through the compiler instead of rebuilding it and adjusting it to the physics of the target game) and people here are a bit annoyed about that. I wouldn't say it caused anger though, hehe. If you convert classic & great maps expectations are high of course.
Agree (0) or Disagree (0)
deathrock unregistered
#2   12 Oct 2010
ok, i'm sorry if that caused so much anger, but..
"no modifications have been done to ...... or the item placement "
quake 3 just don't have the same items that quake 1 have, so it's hyperbolization
Agree (0) or Disagree (0) 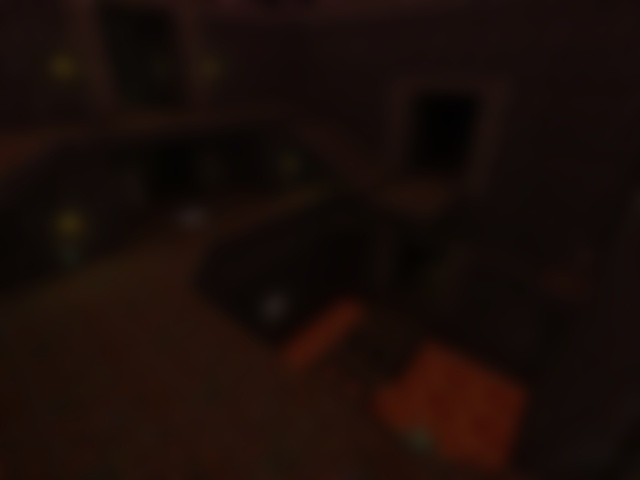