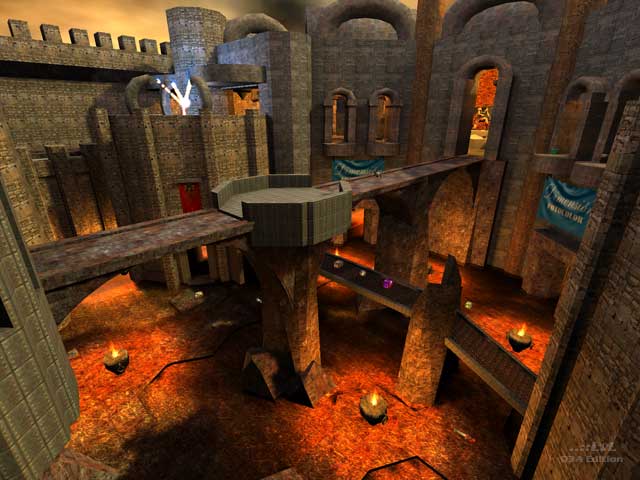 Mapsking Rep. 350
#11   26 Apr 2020
Interesting map, but my initial thoughts, were about the fountain and the dragon. Specifically, my intuition made me feel the fountain should regenerate health, but it did not, and I was also kind of disappointed to see that while cool to look at, I was disappointed that the dragon fire does not harm the player. In addition, I did not thoroughly explore the map, but I initially spawned near the two railguns, above the dragon and fountain. I ran right into two health regens, and in a map this size, two of them right next to each other does not seem like a smart decision.
Agree (0) or Disagree (0)

Kyall Rep. 317
#10   04 Jun 2012
@FragTastic and Scorpion Tank: To be fair, it's a lot easier for us to translate the odd comment to English than for them to translate pretty much the whole page to their language.
Edited 1847.88 days after the original posting.
Agree (1) or Disagree (0)

The only comments that may be removed are offensive or pointless ones.

guillenet74 Rep. 4
#2   11 Nov 2010
the problem of putting models that when they are complex as in case of the basilisk and of the angels it is difficult to fit a brush cushion so that the bot not between in, that's why I decided to leave it how are you. In case of the flag, this one is a part of todop the time that I have invested in this map, and it could not stop of that it was there, also it brings referecia to my life, it is slightly personal.
Agree (0) or Disagree (0)

I played this map today. Architecture looks good; yeah, it's big, and that makes it look more like a single player map than a multiplayer arena. Good ideas are there, maybe some more work was needed.

- Those winged statues are not clipped, you can walk through them.

- What's with those advertisements hanging from the walls? Not only they are completely out of place, but they also totally kill any atmosphere and feeling the author himself wanted to build into the map.

- The readme... if a map author is using someone else's readme as a base (which is ok), at least should do it properly (some parts were not edited and you can see it's from one of Tig's maps). And by the way, Google's online translator is of great help. Non-English-speaking mappers should check it out sometimes. ;-) 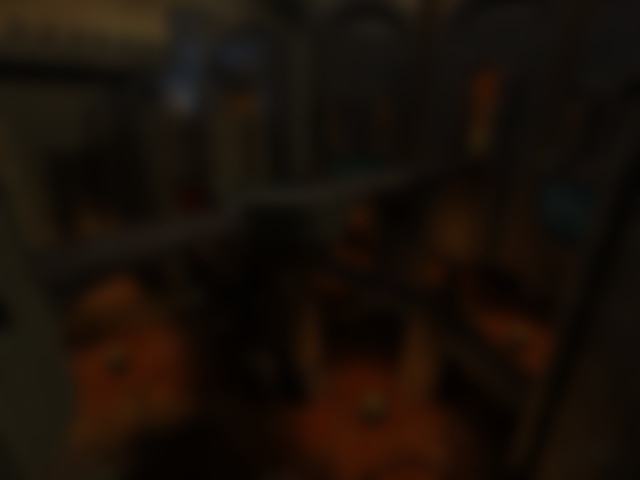