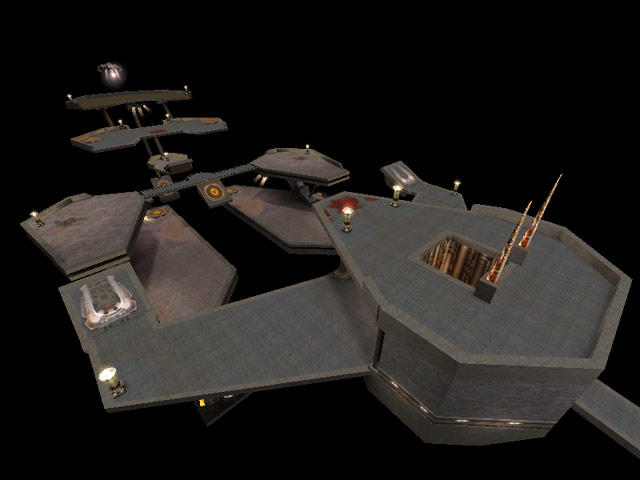 Do you have to extract it to the base-q file? Please let me know so i can play this map. Thank you

Agree (0) or Disagree (0)
Octovus unregistered
#3   28 Mar 2000
Well I rather expected something more from this based purely on Tig's review. It was fine but not much more. IMO the RG was the place to be in this map, a little too much so. Still, every other space map out there (with a few exceptions) kinda sucks, so this gets a 7 for a space map (which is what I'm going to vote as) and a 5.5 rounded up to 6 for a regular map.

It has a sort of Star Trek-ish feel to it- I find that the larger area- where the railgun is- looks like a Klingon bird of prey- with the +100 health up at the front of the ship. Its a good looking map throughout- though I may have chosen different textures for the elevator tube that brings you up the the railgun. Despite the symmetry- it has good layout and plays well.

Item placement is pretty good- I like the location of the rail, but I thought the +15 healths behind the jump pads aren't worth the risk of going after them. +50's would have been. I also like the use of the personal teleporter and the "depth" of the map- you can fall for a long time before getting killed- giving you an extra couple of seconds to use your teleporter- if you have one.

Definately a map worth playing.

Agree (0) or Disagree (0)
Yunfat unregistered
#1   27 Mar 2000
Quite a sweet space map, the fact that you can rocket jump up to the railgun platform makes this map quite fun to play (you dont have to use the pads). Its a plasma gun/rail duel for sure. Good Balance really. If the rail is in the hands of someone good this map can get frustrating as its hard to get in positive territory, a 10 fraglimit with three people took a long time to finish. Remember that rocket jump, as pressure has to be applied to the rail platform. If you are on the platform just kill anyone trying to get the plasma gun. Oh, and dont forget about the machine gun, which at long distance is pretty effective. Overall a good space map, definetly as good as dm17 but maybe this one has a little more thinking involved.
Agree (0) or Disagree (0)




Review

Download

Comments

Votes

Overview

Screenshot

Readme

Bookmark

Browse 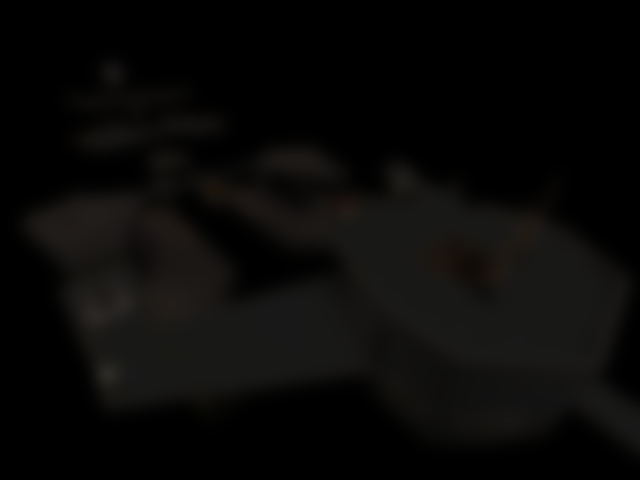