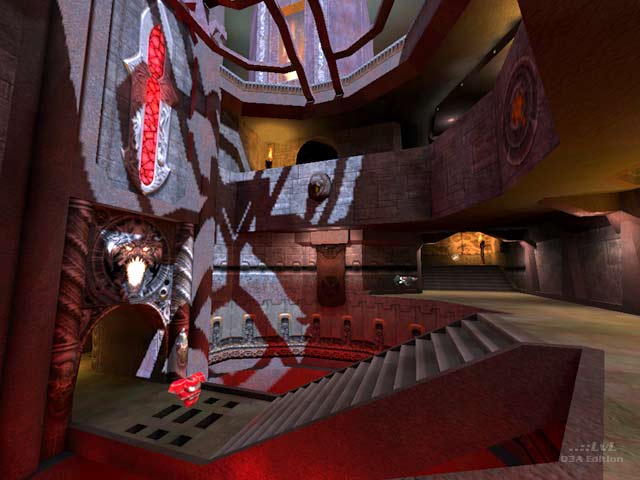 The sharp shadows look interesting, but they don´t correspond to the sky (which looks too dark in comparison). The complete lack of ambient sound lets the map feel a bit unfinished.

Agree (0) or Disagree (0)
Octovus unregistered
#1   05 Sep 2003
I think I'd change the review conclusion to, "Looks well enough, plays well enough." The map really isn't anything special, but if you don't mind it being a bit cramped give it a go for the "circular" flow. You move sideways from one atrium to another, but the rooms are all small enough that you go up and down too. Since the map is quite small you can hear people fighting from almost anywhere, which is annoying as you try to figure out just where they are (annoying in a fun way)! I agree that the lighting is funny, there are also some smack-in-your-face texture choices that I don't like (e.g. a fading in and out Q3A symbol right above the floor on one wall).

Bots are pretty good, partly because they don't get confused by the layout (it takes a while to have the faintest idea where you're going!) and also because they are good at firing randomly with the RL. And of course because Slaveboy put effort into it. 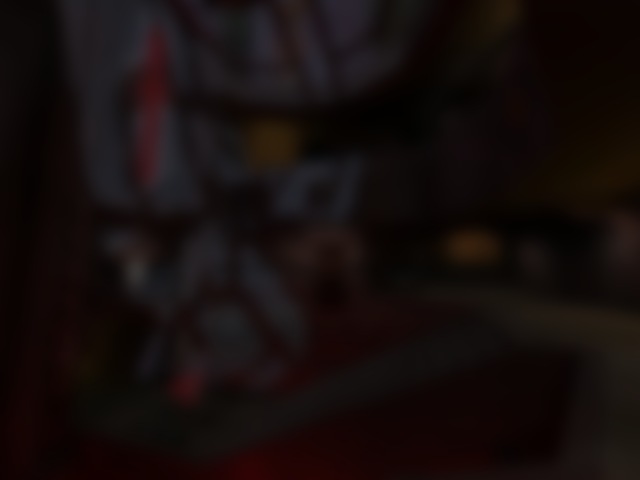