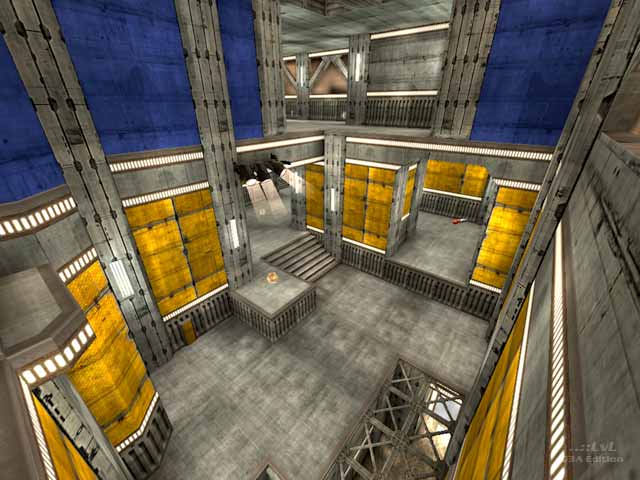 it feels too forced-specific now, before it was very fluid

-scale is MUCH better than when I was playing the alphas/betas. Item placement in general is also a lot better.

-however, you can run RA->MH quite easily by dropping down the chute next to RA and telejumping over the gap to MH.

-I didn't like the forced little trickjumps you added in by putting pieces of brush sticking out from the wall (e.g. - double ramp to mega). It feels to cheap, and ruins flow in places. Sometimes its good to not allow a player to get from point A to point B. Maybe its different w/ human players and 2v2, but I doubt it.

-I actually thought the texturing was pretty cool... but thats just me. :)

my only complaint is that the mega health respawns too often.

Agree (0) or Disagree (0)
nitin unregistered
#3   15 Apr 2003
solid map but it just doesnt quite do something for me in the layout department. 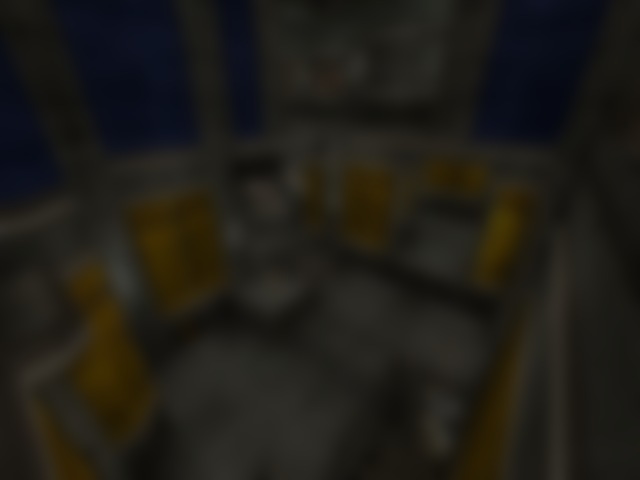