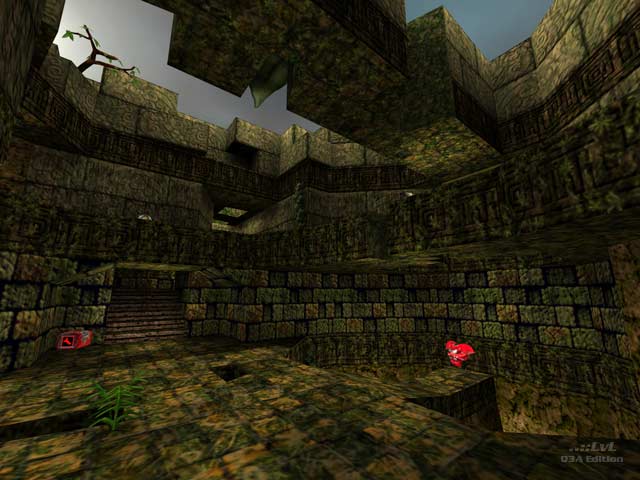 raspatan Rep. 4259
#15   02 Oct 2020
Visually cool but a bit confusing since everything is green... The screenshot is enough to show such confusion (what is wall, what is floor, what is front, what is back). There are also too many weapons. LG feels like being dumped there. And it is right next to the RG.
It's fun enough but a quad in a tourney map is a terrible choice. Lovely location of the MH though!
PD: Having just reviewed a map that reminded me of Tomb Raider (mountain64), I was primed when having a look at this one. It also has a strong Tomb Raider feeling! (particularly textures)
Edited 1.6 minutes after the original posting.
Agree (3) or Disagree (0)

Overall a fun map. I'll need to dwnload the original to compare it to.

Agree (0) or Disagree (0)
MopAn unregistered
#7   16 Apr 2003
Nice map indeed,
I planned a similar setting thousand times in my head but never had enough time ;) . I think the textures look some kind of 'wash up' because of the bad .jpg compressed quality I think. Gameplay is nice. Only 1 week create time? WoW!

Jumpads are looking nice. Some nice ideas for details here and there.

Good job in the whole.

Agree (0) or Disagree (0)
nitin unregistered
#6   15 Apr 2003
complaints - I think the texture set makes it hard to distnguish not just because it's so busy but also because it's so LOW RES. It's just QW textures converted which make visibility a problem.

secondly, celings are too low and also the sky.

APart from those, layout is solid and item placement is good too. Impressive stuff overall.

i really like the mood of this map a lot. also the textures are a little small and blurish :

Agree (0) or Disagree (0)
deceit unregistered
#4   15 Apr 2003
This lvl has a nice feel to it. Vondur has done a great job of creating an abondoned temple type enviroment with a wet, musky, run-down feel to it. It is understandble that professional players prefer plain textures throughout a map, but I don't see where either player would gain an advantage by that. It is a level playing field for both players reguarless of how light, dark, plain, or detailed the level is. I personally had no problem distinguishing

structure from detail. I'm sure any proffesional player that spends some time on this map will eventually be able to navigate it blindfolded.

Agree (0) or Disagree (0)
StormShadow unregistered
#3   15 Apr 2003
Really great map.. the aesthetic element really enhances the style and atmosphere of this map. I think it plays very well also, although there is a bit of a learning curve to it.

My only gripe is that i bump my head on low ceilings in some of the corridors.

And gj not making the map look like ass just to cater to the 'pro' players :P Looks [i]are[/i] important no matter what anyone tells you :)

Agree (0) or Disagree (0)
wviperw unregistered
#2   15 Apr 2003
I think its the other way around. Aesthetically it is kind of blah. For what the map is made for, it ends up being a blur of monocolored textures in picmip >3.

However, gameplay is quite fun. Its got a pretty good inherant layout, and you can tell Vondur knows what he's doing. However, like Hub said, the gameplay is hindered due to brushwork/texturing.

Better than your average map, but could be better.

Agree (0) or Disagree (0)
The Hubster unregistered
#1   15 Apr 2003
You can always expect Vondur's work to be exceptional aesthetically, and this map is no different.

However, gameplay wise, I found it to be different, and unfortunately quite hindered by the effort that has been placed into looks.

The textureset used is simply too detailed to be able to provide clear visibility at r_picmip 0 or 1 (most Promoder's use r_picmip 5, and even they have voiced some concerns).

The layout is nice. You can make some really nice fast sweeps on the upper floor, but when youre flying past, it's difficult to separate structure from detail.

Simpler and less detailed attention to eyecandy would have increased gameplay in this map significantly imho.

The placement of MH was something I found strange at first, but for the more advanced player who can pull off the n1nja sk1llz well, it shouldnt prove too much of a hindrance. 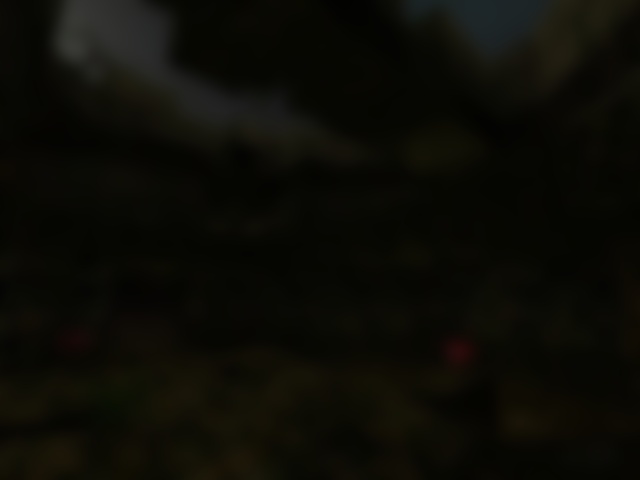