**Preview only**
Be sure to submit your comment
Submit
Preview
Cancel
Submitting comment...
pjw unregistered
#9   26 Apr 2002
Thanks for the comments and feedback, guys. :)

The armor respawn times re: vanilla Q3 were a bit of a quirky judgement call, but I felt like it worked . . . eh.

I'll see if I can make another small tourney map one of these days . . .

nice going hope to see more maps of u

Agree (0) or Disagree (0)
GONNAKILLYA! unregistered
#7   21 Apr 2002
Probably my favorite map from pjw. Good work on this one. Besides the fun gameplay, it also has a great look to it that's fairly straightforward and easy on the eyes.

Agree (0) or Disagree (0)
Myth unregistered
#6   21 Apr 2002
Downloaded this a while ago from the map queue, and like it a lot. I think it plays well with 3 players, found it rather large for tourney personaly. Love it in OSP Promode :D aesthetics are not of my taste, but they definately have style. Definately one of the best maps I've d/led this year :)

Agree (0) or Disagree (0)
Octovus unregistered
#5   20 Apr 2002
I dunno...as an FFA player this wasn't much better than PJW's previous effort (there's been a bunch lately, but I'm trying to remember the name of it...it has a "Kiss the Sky" portal and is in a mountain, anyways). The map looks ok and the sky box certainly completes the ge neral theme. Bots work pretty well, though they shun the lower area - just as humans understandably do, since the only reason to be down there is one or two long respawn items. The pain-goop around the RG also seems a bit unneccessary, especially considering the tele positioned to prevent camping. But this is all from playing it back when it was released...now, all that said, I'm scoring it a 9 because the score's a bit low, while I feel it deserves an 8.

Agree (0) or Disagree (0)
StormShadow unregistered
#4   20 Apr 2002
Pretty good q3 map. I suppose its probably better as a cpma map, but since cpma isnt one of the top 10 mods, not alot of people will be able to appreciate its full potential.

Anyway, still very playable as a vq3 map, worth the dl! 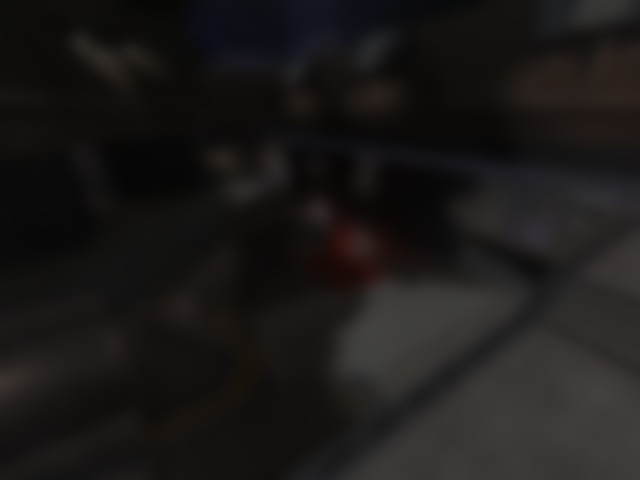