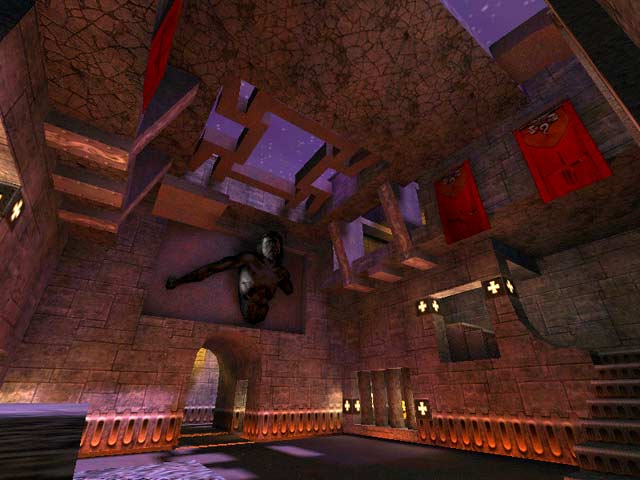 i was dreamin' about Q1 lvls on Q3

The missing texture is what bothers me the most.Too bad , my eye is drawn to these points and I cant help it.Thanks Mike for the level

Agree (0) or Disagree (0)
CHiNX unregistered
#13   21 Feb 2000
Theres an easy way to make that jump, just jump into the back wall, and rocket jump off it, gets ya round the corner easily.As for the map, great conversion, some very nice texturing, even tho it is a bit too dark on mycomp, but as author said, he has his gamma up high so u cant really critize for that.
Agree (0) or Disagree (0)
Tigger-oN unregistered
#12   21 Feb 2000
oDD - I'm keen to see that jump, email it tigger@ebom.org, or maybe post a link to it?
Agree (0) or Disagree (0)
oDD unregistered
#11   20 Feb 2000
Hey nice conversion. I playtested it and found can do the "round the corner" jump. Tho not too easily. If anyone wants a demo of this ill send them one. Also I found the level wasnt dark at all! You guys must have you gamma at like 0.7 :) A review will be up later on my site...

As far as the "missing texture" is concerned - it's something I've known about but there's nothing I can do about it because the texture everyone sees replaced with a grid is one that ships with the game! I'm at a loss to explain this.

As the old adage goes:

The jump to RA/100h can also be made easy from the pipe (also can be done in dm2) I think the jump distance is 265 map units in Q3A, I would be guessing quakes, but i do know that that jump was about the limit. The lava jump to switch in dm1 was another border line distance too (which is an easy jump in q3q1dm1).

To me its these little things that make a big difference in the end. :]

Agree (0) or Disagree (0)
Mike Zuber unregistered
#1   18 Feb 2000
In defense of the map - during construction, one of my testers did inform me that he could strafe-jump to the RA and 100h. We tried to get around this by shortening the ledge that they both rest on, but without heavily restucturing the map, there's was nothing I could do.

As far as the "around the corner jump" - I intentionally took that out. I wasn't aware that was a "problem" with other DM2 conversions!

As far as the YA being "pushed" out of the map (another problem I was aware of prior to release and probably should've said something in the readme.txt) is there really any way around that? I thought it was an engine bug or something. I'll look into it.

Personally, I thought it was one of the better conversions. Although the "most faithful" conversion title should probably go to Ian Marks. 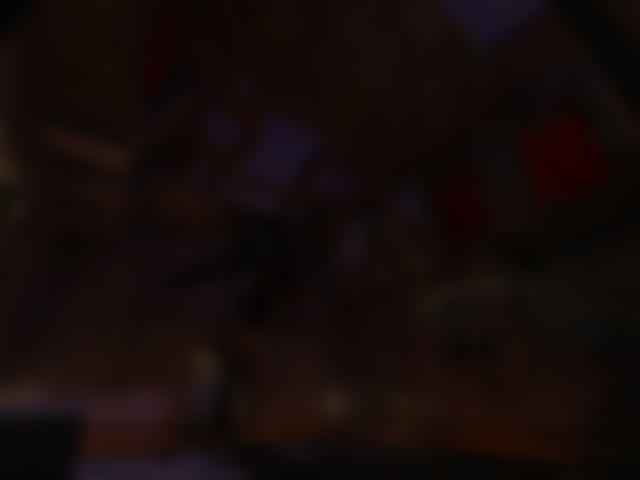