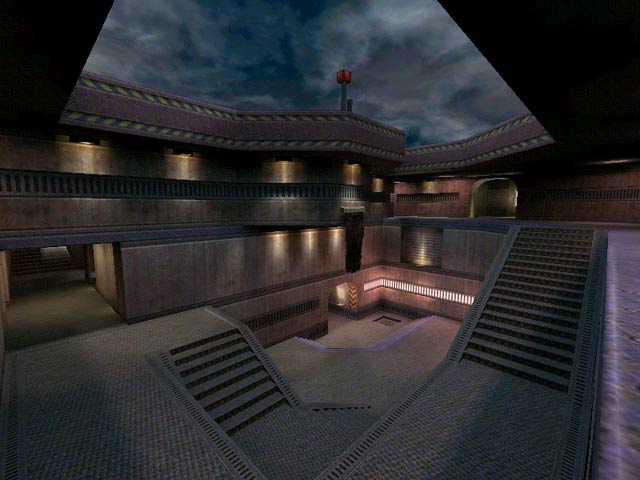 **Preview only**
Be sure to submit your comment
Submit
Preview
Cancel
Submitting comment...
Takkie unregistered
#40   31 Aug 2009
I like this map, HOM is the only downer. Thumbs up...
Agree (0) or Disagree (0)
Mark unregistered
#39   03 Jul 2008
I only played q2 on singleplayer once - stroggs, interconnected missions, map design - blurrrgh (my personal opinion) and never bothered to play it online. Q3 - skater dudes, aliens, military dudes, nerds, bikers, dudes in space suits... all the usual suspects but atleast there was variety there. This level has real class and with all the development of mods and breakthroughs in map design and texturing this stands the test of time. All of killers maps do - they are damn fine!
Agree (0) or Disagree (0)

i would say it's worth downloading

I HATE THAT GOTH FEEL. SOMETHING OUT OF THE ORDINARY IS COOL!

Agree (0) or Disagree (0)
AssBall unregistered
#23   17 Feb 2000
After playing on this map with three friends, I would like to revise my earlier statements.

This MAP IS GOD DAMNED AWESOME. It plays faster and better than any of the ID maps. The multiple levels are perfectly layed out. I give this map a ten just because it is so incredibly fun to play.

Agree (0) or Disagree (0)
Military Sux unregistered
#22   17 Feb 2000
Military maps suck ass and this is a "Military Map"!I like the gothy-tech-organic-intricate-unique maps not military regimented tight ass maps!!!!!!!!!!bbbbooooooooooooorrrrriinnnnggggg!!!!
Agree (0) or Disagree (0)
RC unregistered
#21   17 Feb 2000
This style didn't grab me in Q1 or Q2 and doesn't now. The uniformity of design (i.e., "formula") means no room is that different from the last, as if it were all pressed from a cookie cutter.

As for gameplay: you go up and down stairs.

I liked the choice of textures/colors, and it reminded me a little of some elements of DM6 and DM10. I think this map could have benefitted from a having good sniping spot, afterall, it does have the railgun...

its light on the detail so i can keep my fps up, but still looks good.

The best part of this map is that it reminds me so much of the kind of q1/q2 maps i loved so much.

Plays excellent with bots and it definitely outdoes all the id maps in terms of gameplay (imo, 'cept q3dm17, which rulz)

That said, you WILL NOT find a ton of levels that look like this for Q3, since everyone gravitates towards the Goth-texture set.

I hope more people break the molds and stretch out whether it be textures or play-style (me included).

Agree (0) or Disagree (0)
Chilly unregistered
#14   14 Feb 2000
Hey Killer I am glad you used your tried and tested formula. I love your Q2 maps. I hope you convert a few.(Mkfutile)
Agree (0) or Disagree (0)
Khabal{KoF} unregistered
#13   14 Feb 2000
Very nice map. It plays as smooth as silk, and the toned-down textures aren't hard on the eyes. When you're trying to play a fast-paced game, sometimes these smaller, less texture-intensive maps are just what you need.

I suggest you download this map; it's very well-done. I can't wait to see what's next! :o)

What more do you need.

Agree (0) or Disagree (0)
not entered unregistered
#11   14 Feb 2000
this map is a GREAT MAP dont read this just DOWNLOAD NOW!
Agree (0) or Disagree (0)
-nt-Realm unregistered
#10   14 Feb 2000
Very nice JOB! I dont care what the the craetor of this web site says about your map, its amazing! Which brings up a point. I hate the desciptions of the maps on this site. All the author of this site does is bitch about his personal opinions. Let the person who downloads the map decide wheter he or she is sick of a certain style of map. I think this style is wicked cool!

Agree (0) or Disagree (0)
Fingers unregistered
#9   14 Feb 2000
I dunno about that "formula map" thing when it comes to this particular map... Isn't all that gothic stuff the "formula" by now? The same textures, the same architecture in 2/3 of the levels that come out. There's a couple of gothic maps I like (e.g. Carson Utz's excellent "Ring of Bone" [except for the misaligned textures]), but they do all feel formula-ish because they're the standard everybody-does-it style of Q3A and you can't tell who designed the level by looking at it because of this :P

After seeing a few dozen of those, I like to see something different that breaks the formula... like this one does. It doesn't even necessarily mean using my textures, there's been a coupla other maps that were like that too =)

I think we'll probably see more non-formula maps in the future... Just like it happened with Q1 and Q2, at first everybody was making levels that imitated the style of the original game, but after a year or so more people started to develop a unique style. This engine has much more potential than most people realize... But it's going to take a while before the community matures to the point where it is with Q1 by now...

Agree (0) or Disagree (0)
itsuxtobeyou unregistered
#8   14 Feb 2000
Damn good map, now if only ID made more of these maps. Coz however this is one of the best playing custom maps, noway that maps like these move onto severs :(
Agree (0) or Disagree (0)
Killer unregistered
#7   14 Feb 2000
Thanks for all your comments. I'm glad that the majority are positive in nature. The recuuring theme seems to be that the map is formuaic. Well this was my fourth Quake III map and the others were a bit less formulaic I suppose but they all played like shit to be honest.

So instead of breaking boundaries and doing something radical I decided to err on the side of caution and stick to my tried and tested Q2 style for my first foray into Q3 mapping.

Like people have said, it may not be original but the important thing (imho) the playablility is there. I'm glad you guys appreciate that.

My next map(s) will be more adventurous, I promise :-)

Agree (0) or Disagree (0)
RedFive unregistered
#6   14 Feb 2000
I don't know if this map is better than smeghead's, but both of them have you running and jumping all over the place! And yes it's fun to have more than Goth and Tech maps. When will somebody make a Greek Mythology Temple style map, now THAT would be killer !!! :)
Agree (0) or Disagree (0)
smeghead unregistered
#5   14 Feb 2000
I think this map is great...better than my one night stand that used the same textures. Hats off to Killer and hopefully more people follow the same route and use different textures than goth or tech.

Yeah, it uses a tried and true layout but it still manages to be a refreshing change from the heavy metal album cover(taken from fingers :)goth maps that have been dominating the scene.

Agree (0) or Disagree (0)
Sundown unregistered
#4   14 Feb 2000
Yeah its formulaic, but good action here. The q2 feel in a Q3 map can work quite well as it does in this map. Bots enjoy this place ta boot.
Agree (0) or Disagree (0)
Johnny unregistered
#3   14 Feb 2000
I think this is a very well executed map with good layout and decent visuals. But I have to agree that it is a 'formula map'(whateva that is). The bottom line is that it just feels like you've played this map already, in several different games. Reincarnating the same layout or formula too many times is not a good goal to shoot for when mapping imho.
Agree (0) or Disagree (0)
Slowtreme unregistered
#2   14 Feb 2000
I great map for DM, and not hard on the eyes. I'm a fan of the clean map design. With 3 or more players this turns into a fast play. One on One feels very Q2ish.

A lot of HOM problems though. I found these very easy to see, and an surprised they made it into the final build. It did not detract on gameplay though.

This is a keeper.

Agree (1) or Disagree (0)
than unregistered
#1   14 Feb 2000
well I certainly rather play a decent map with a good layout than one which has all manner of fancy gimmicks and doesn't play so well. It may adhere to a formula in terms of layout and perhaps looks a bit q2 but it looks totally different from the usual q3 stuff thanks to the textures.

It's not symmetrical (bore fest in 5 mins imho)
It's not gothic (many gothic maps look similar and plain - only a few stand out)
It has a good layout, item placement and looks fairly good which you said in yoru review.
It plays very well - even with bots.

What, in your opinion is a formula map anyway? look at q1 and you will find a lot of maps which stick with proven layout types - plenty of atrium maps there yet most of them play very differently.

If you don't like formula maps then I think half-life or unreal are a better choice than q3 imho.

If you look at some of the previous maps that you have reviewed on your site again - vexars pack springs to mind - which have not stuck to any formula then you might notice a lot of them are very dulll to play.

I'm not slagging any maps here when I say that addict, ik3dm1, ztn3dm2 and mkfingers are all maps which I have seen many similar too in other games. All these maps play well and look good. What is wrong with that? they may stick to a formula but until somebody comes up with a better one who cares? :)

What is not a formula map then? well, the only one that REALLY springs to mind is spogs lonely planet. I haven't looked at mr cleans map but that doesn't look done before either. Overkill by wdw is another perhaps. Still, Idon't think there is anything wrong with using proven methods to make a map play well.

sorry about my grammar and typos but I don't feel like being grammatically correct this afternoon :) 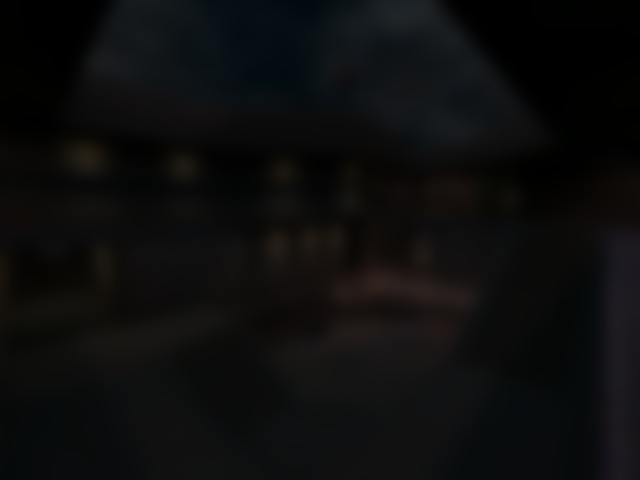