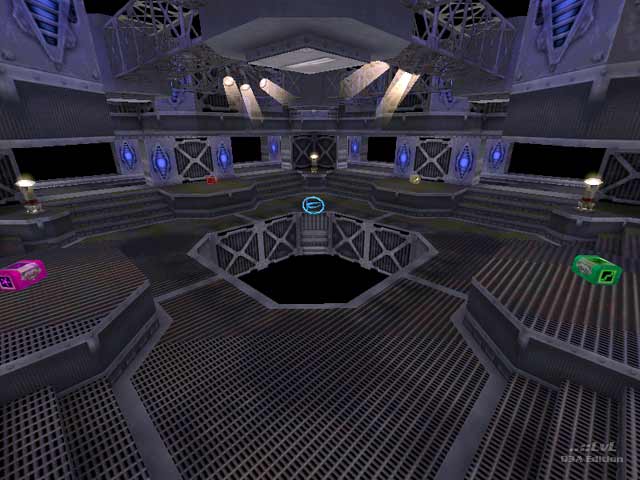 A small space box map with nice visuals courtesy of Evil Lair's HFX texture set. Texturing is nicely done, with good variety and texture choices. The brushwork is solid, if a little simple. The lighting is acceptable, if uninteresting. Less wattage on the bright white lights would have helped bring out the blue lighting around the corridors. The layout is a standard box map affair, made up of a central arena encircled by a wide corridor. The quad spawns over a large hole in the center of the map is a large hole. It requires some very tricky jumping to get the quad, and in the heat of battle most players won't risk going for it. Like the layout, the game play is nothing special, brief battles in the corridors comprises most of the fighting. Without any vertical action to add excitement to the map, most will get bored of this in a few rounds. Bots do ok but don't bother with the quad.

Looks fine but not a keeper. 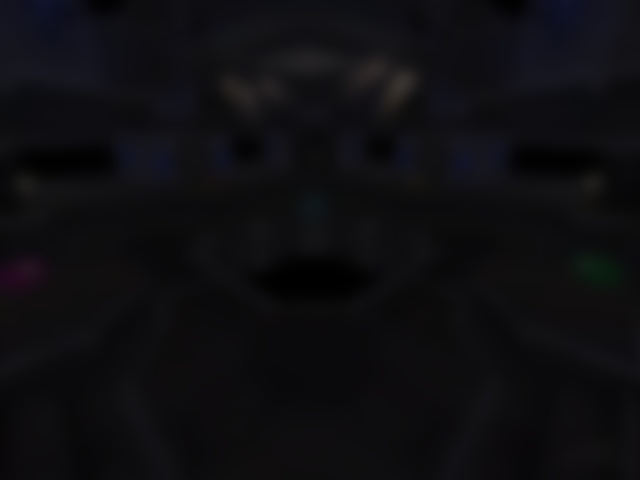