This medium sized FFA arena is certainly not visually engaging. Gaudy texturing and overbright lighting really don't do justice to the q3a engine. The architecture is similarly uninspired; most of the rooms are square and the walls flat. The only saving grace visually is the awesome teleporter models by Mr. Clean. Not that they really fit in with the map's theme, but hey they are nice. Game play, thankfully, is better than the visuals. The large, open nature of most of the rooms means the rocket launcher and lightning gun aren't much use against humans. However, there are some fun plasma/shotgun battles to be had, The layout is interesting enough to keep you entertained for a couple of rounds. Bots are generally ok but don't go for the quad.

Can be fun for a couple of rounds if you can put up with the visuals. 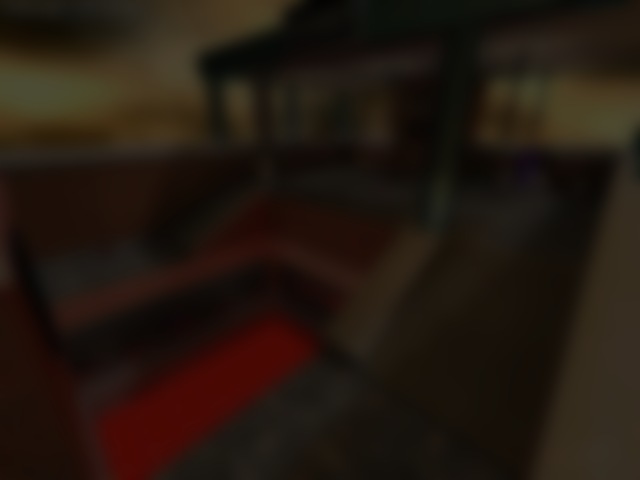