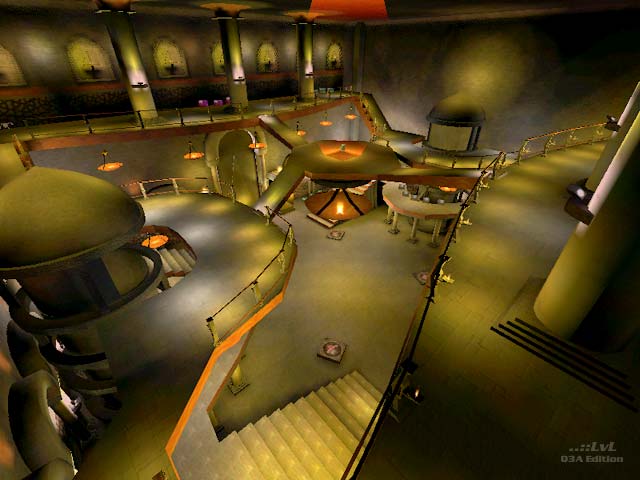 A large arena consisting of two huge rooms joined in the middle by a short passageway.

The size of the rooms and the overuse of curves has led to r_speeds that max out at 50,000. Combined with the lack of clipping, this makes the map unplayable. An area portal in the central door would have helped keep the r_speeds down, although probably not enough to bring them down to reasonable values.

The mapper has clearly put in a lot of time and there are some nice touches such as the hanging lamps and the vortex-style teleporter. Unfortunately, the author does not yet have enough experience to pull off a map of this size and complexity.

Visually the map is not impressive enough to warrant it's download as an eye-candy map. Poor construction and a lack of knowledge of bot file tricks means that a bot file has not been built for this map (see below). This is probably the final nail in an already well sealed coffin.

Don't bother with this one

Bot file: Thanks to Mapsking for putting together a bot file for this release. 15th Jun, 2020. 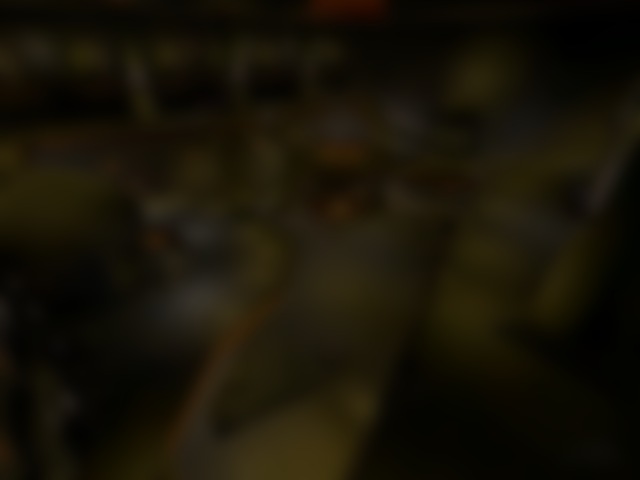