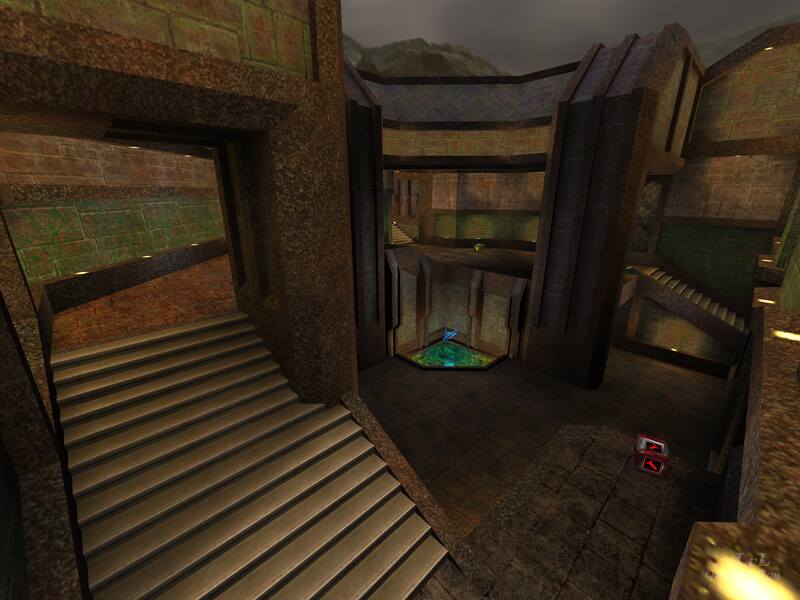 I've had this map on my hard drive for a while now, so I was happy to see it finally released on ..:: LvL. 12 months is a FFA/2v2 Team Death Match arena, initially released by Fjoggs back in 2007, and outfitted in id's own gothic block texture set.

Playable in both VQ3 and CPM, this map is optimised for Promode physics and it is here where it really shines. The arena consists of two main atrium's. The larger of the two housing the Quad and Mega Health and the smaller of the two playing home to the Red Armour. They are connected by a network of corridors over two levels. There is also a smaller adjacent room housing the Rail Gun that can be accessed by either a weapon jump from below or by strafe jumping from the corridor above. You will also find a Green Armour here in Promode.

Items are well-placed throughout the map, but while the health in the main arena will all get used, I questioned the placement of the green health bubbles so close to the 50 health. I can think of several locations where they might have been better utilised. Some may question the placement of the Quad, Mega Health, and Lightning Gun so close together, but because the lightning gun is a short to mid-range weapon, it will be difficult for players controlling this area to take out approaching opponents without leaving their station. Well-armoured opponents carrying either the Rocket Launcher or Rail Gun will have plenty of opportunity to flush them out.

Overall the map is well-connected and well laid out, but given the attention to detail paid by the author on the main atrium I would have liked to have seen more attention paid to CPM connectivity in the smaller atrium, allowing access to the Red Armour and Rocket Launcher from the bottom of this area. There are also ledges in the main atrium, accessible by double jumps, but clipped off elsewhere in the map.

One minor gripe in terms of construction: you will find the Hall of Mirrors effect on the archway facing out from the Rocket Launcher housed in an alcove.

Bot play is good in CPM: the CPM bots will use the entire level and even pick up the Quad, but they seem to avoid collecting the Yellow Armour. You can forget about bot play in VQ3: the bots make a beeline straight for the Quad pool where they will get stuck (see Tig's note for a fix). I recommend playing this in CPM, with CPM bots or, if you can, with some friends.

This map really is a lot of fun and has a lot of replay value.

Tig's note: A simple fix for bot play on standard Q3A, on the console, set disable_item_quad 1. Once you have done this, the bots are very enjoyable as the Quad is now gone. Just do not fall in the Quad pool. 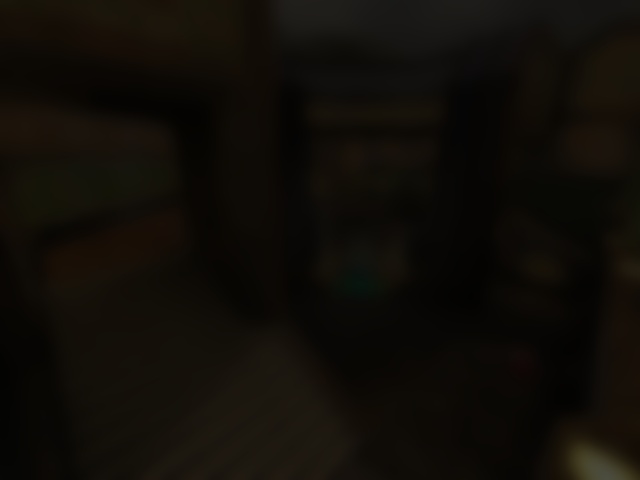