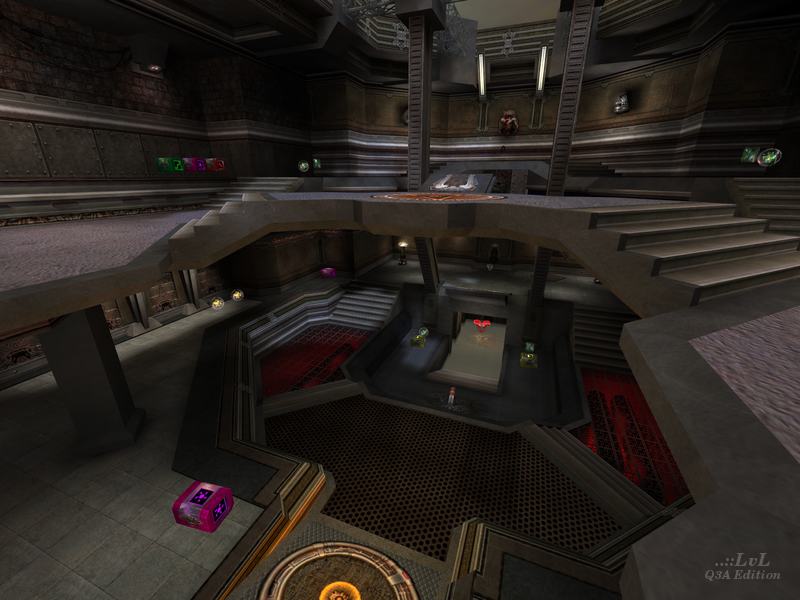 The Brush Rush is a tiny arena that going by the electronic billboard at the top of the map was designed for a 1024^3 contest, which is where mappers must construct a map that does not exceed 1024 units in any dimension. Which explains this map's diminutive size. Anyone who is familiar with Rocket Arena 3 will probably draw similarities between the design of this map and the Duel Arenas from that mod, which are also fairly small. Of course, size isn't everything, and this map demonstrates that you can pack a lot of fun within a small package.

Texturing is mostly standard Quake 3 although it seems the author made the unfortunate mistake of using mapmedia.pk3 textures without including them. Unless you download that file and put it in your baseq3 folder then you will get a few missing textures.

Visually it looks a little eclectic with a mixture of tech and gothic elements clashing together. In one sense, I would call this ugly. On the other hand, it also kind of has that run-down, makeshift charm to it; your mileage may vary. The brushwork is nicely detailed particularly in the wall trims in the mid-level side areas with accentuated lighting to boot. One little nitpick is that the lower accel pad is a bit misleading since it propels you much further upwards than forwards, so I would have replaced this with an angled jump pad instead for better visual communication.

As the "Rush" in this map's title suggests, this is a frenetic, fast-paced affair, and a gruesome death awaits those who foolishly stop for even a split second. There are only three weapons - the RL, PG, and RG, all of which are distributed among the arena's three main floors. The two major items to fight over are the RA at the bottom and the Quad at the top.

The RA is also the only armor in the entire map - something that would normally make a map unbalanced as there's no other armors to offset it and allow the out-of-control player to regain an advantage. But here it is not that bad because the RA is placed in an extremely dangerous spot, being in a tight, dead-end area at the lowest point in the map and any player can whittle down and deliver a severe beating to them from a comfortable height; this is especially true if they have the Quad. Luckily, the RL is right at the entrance to the RA tunnel, so a player can sacrifice a bit of the armor they just gained to rocket-jump out of the pit onto higher ground provided they do not accidentally smack their head on the lower accel pad.

The RL is probably the most powerful weapon in this map not just because of how effective the splash damage is in such a constrained environment, but also because it easily can knock higher players down into the pit where they become easy pickings. The PG and RG take secondary roles here, with the former being useful for applying pressure and the latter being effective for sniping players using the jump / accel pads.

Even with the RA at the bottom, I still think that the top of the map could be weakened a little bit more especially since the Quad spawns up there too. I probably would ditch the top row of ammo packs for all three of the map's weapons to reduce some camping tendencies, especially since using the jump pads is really dangerous when the players can hardly hide from each other. Though, that all being said, the lower accel pad in front of the PG is a bit safer than the angled jump pad, as there is some (albeit thin) columns to break a sniper's line of sight.

Some more testing could have helped reveal the map's technical issues and smooth out some potential gameplay exploits. Overall this actually is not half bad for the limitations imposed on it. Comes highly recommended for those who love the crazed, breakneck pace of RA3 Duel Arena combat, or otherwise just want a rather uncomplicated map to have fun in for a few minutes. 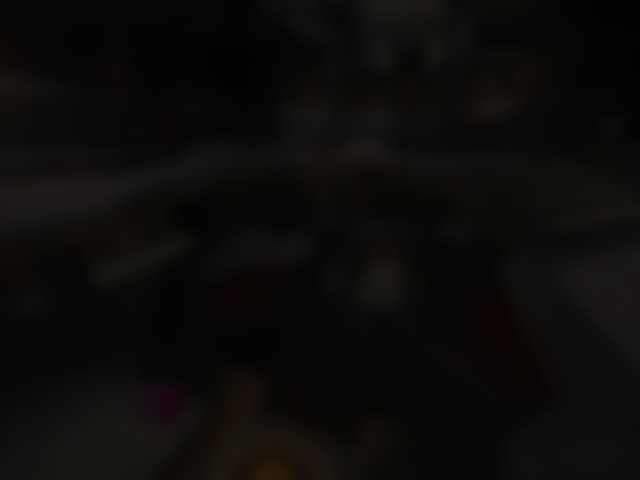