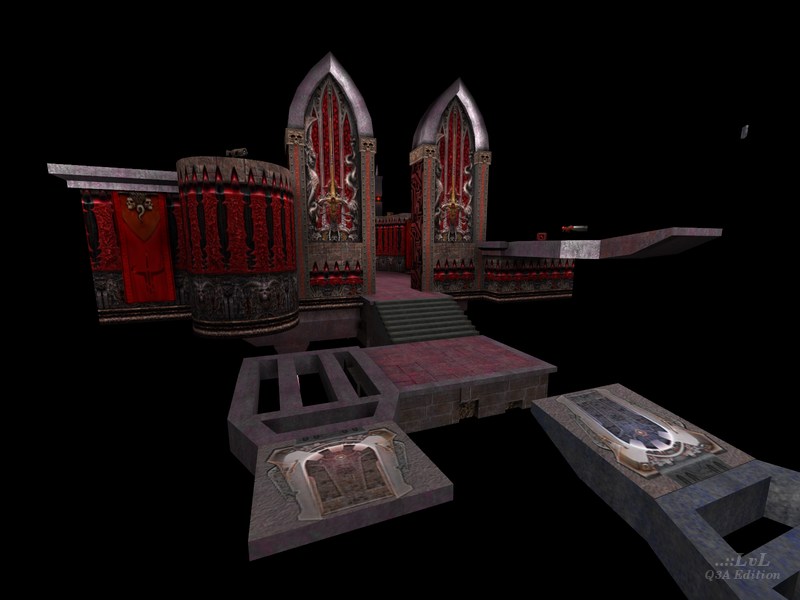 gothicspace_ctf is a very small Gothic textured space void CTF map bought to you by JonnYReds and originally released in 2001.

On the main floor are 2 25 health balls and on the flag platform is the Shotgun ammo, Machinegun ammo and a 50 health. On route to the other base via the left hand side jump pad you will find a Yellow Armour and 4 Armour Shards.

The structure of the bases provides some cover but not much as the action is so fast paced being such a small map. Bots tend to use the central route which makes for pretty much a game of shooting fish in a barrel and you can quickly wrap up an 8-0 win simply by speed running the outer route in a clock wise direction.

The Gothic cross light textures are missing from the map (a simple mistake made by mappers from time to time), so you will require the mapmedia.pk3 in your baseq3 folder as well. 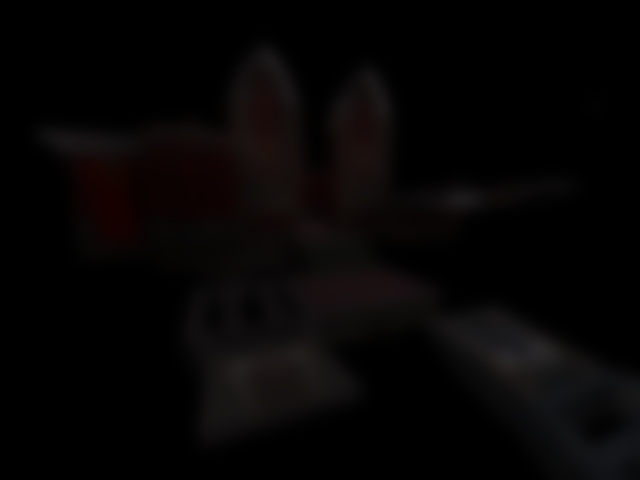