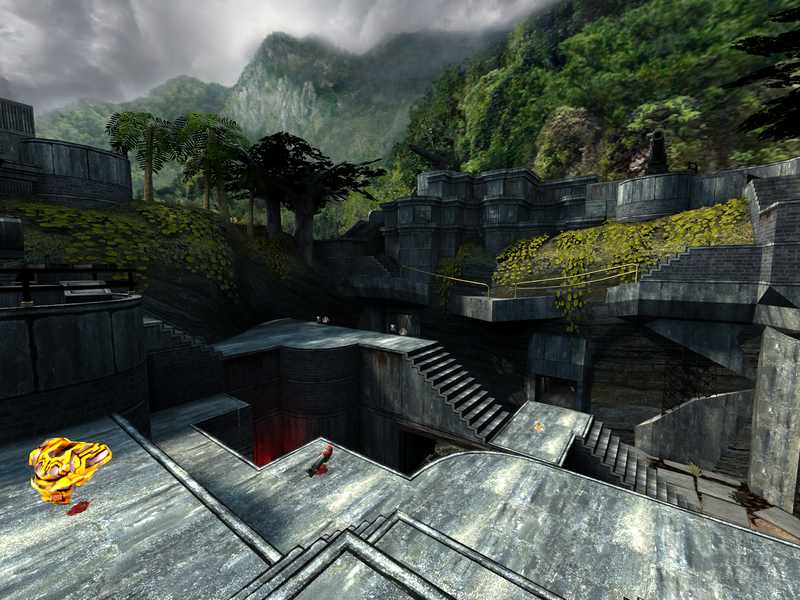 Yet again dONKEY has produced another amazing map. Inspired by a walk with his parents in Singapore as stated in the readme. Kepple Bay is a map themed like some abandoned coastal shipment warehouse. Textures are hi-res and include concrete, bricks, iron, glass windows and other stuff like light bulbs and many more features. An amazing scenic skybox using a portal skybox entity consists of a sky texture of clouds, hills surrounding the bay and a fog hull underneath the water to make an illusion of a deep sea :)

Staying with the visuals, you can find many more details that makes up a perfect feeling. Canons guard the bay aimed probably to East. You can also find a bunch of flammable barrels scattered throughout the map and there is also one Easter egg in favour of one French wine bottle, but I was unable to find it in the map :( Texture details are amazing and they are used correctly in every detail in the map. Light bulbs are just a cherry on top of the cake.

The map is designed for both Deathmatch and Tourney games. Layout is the same for both modes, but gameplay is something else. I'll describe layout first to get you familiar:

Layout is medium sized and very complex in horizontal and vertical pane. The main combat area is placed outdoor at the seaside opening alongside with rocky cliff walls. There is a Rocket Launcher and Yellow Armor looking at the open sea, grate with look down and shoot down feature to surprise a player below. Underneath the main combat area there is a complex drop-down to a passageway with two jumppads leading back to upwards, the passageway continues to the indoor part of the map.

The indoor section then continues with another passageway connecting a Plasmagun and Megahealth with stairs and jumppad leading to a large warehouse area through a hole in the floor. Some sort of missiles are placed here. A crane holds one of the crates with those missiles right next to another one with a Ligntning Gun between them. Easy to climb crates lead to a small Grenade Launcher chamber with a drop down, which is a nice touch.

If you continue forward behind the warehouse area, you will find a hallway which splits in three directions:

Deathmatch gameplay is wonderful! Clean and smooth, bots play like a charm. They are routing the map without any noticeable issues. Four bots are just enough. Tournament play is different. While playing against only one opponent the maps feels much more empty. You face the fear where you opponent will jump at you next time and the fact the map size is a bit larger than average tourney maps enhances this feeling. You may spend most of the time running around and gearing up while fighting is manner of few seconds. Deathmatch is great gameplay and for those who like to fire at everything that moves it's highly recommended. But as one would expect on face to face duel fight game to become repetitive and boring after few rounds, that is not this case. There are so many places where you opponent could face you and thus you won't get bored, if you prefer to play a face to face duel.

Suma sumarum, this map really deserves a look. I highly recommend this map to anyone, regardless of Deathmatch or Tourney player. What are you waiting for? Hit the download button right now! 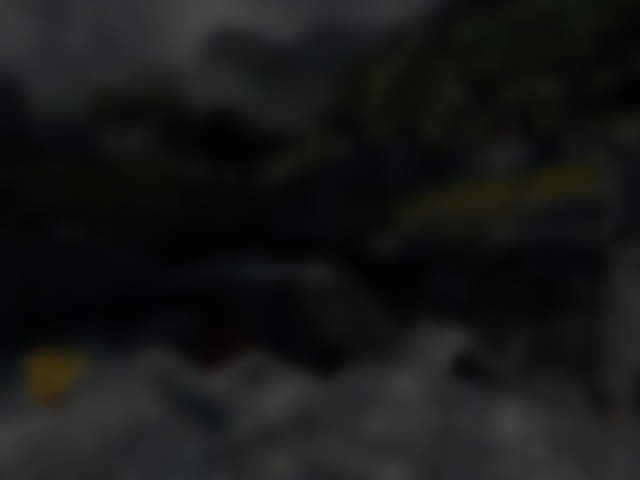