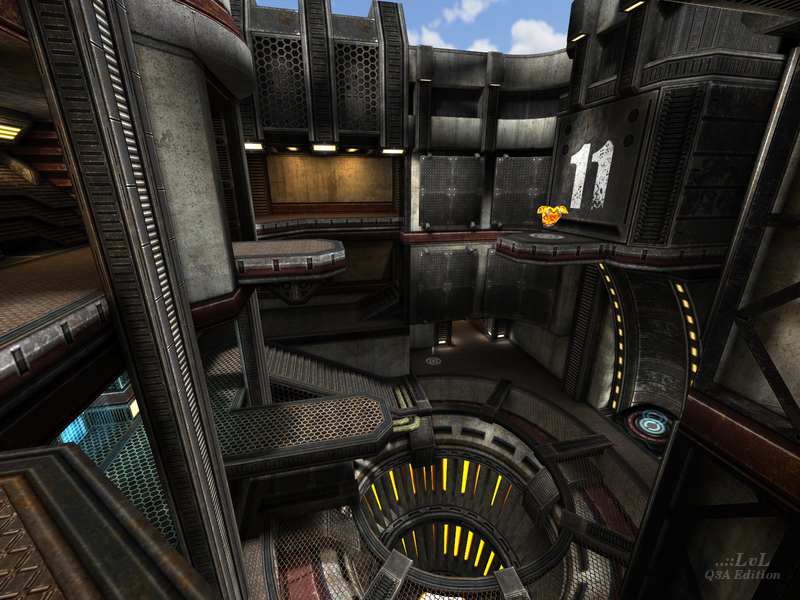 Geotechnic by Phantazm11, is in my opinion the most beautiful Quake 3 map ever made. This mapper is known well for his maps here which have been included into Quake Live, and this map by far even out does those maps.

The rock formation in the map is very well done, some of it looking much like Quake 4, and the map almost has a bit of a Doom 3 feel to it as well, yet the theme of the map is totally original, the textures used being high definition and very real looking. It almost looks as if the whole environment of the map is underground, the building itself being built into the stone which covers many parts of the walls, the dark rock being jagged and covered behind grills in spots, some parts having spinning fans to air the place out.

The bounce pads have a spinning circular gear of sorts which surrounds them, it all being science fiction at its best. At the bottom of the map, there is a gigantic spinning grinder, with multiple turning blades in it, sounding out as you look into the lit up spots in the motor of it through the floor, there being a large open circle that is begging for you to fall into it and be annihilated.

The detail of everything is outstanding and there is so much to it that I don't even know how to word half of what has been done. I haven't been able to stop playing it - and the bots play it well when considering that the grinder is like a bot magnet, which they seem to not fall into as bad as I had predicted that they would.

The map took 1st place in MapCore's Quake 3 15th Anniversary Contest map competition and it is unbelievable to see what can be done for a game which is this old.

Tigs notes: A visually spectacular and game play rich release. Personally, I had a minor visual issues with \r_subdivisions 1. Changing this setting to the default value of 4 corrected the problem. This may be a Linux / ioquake3 only issue. 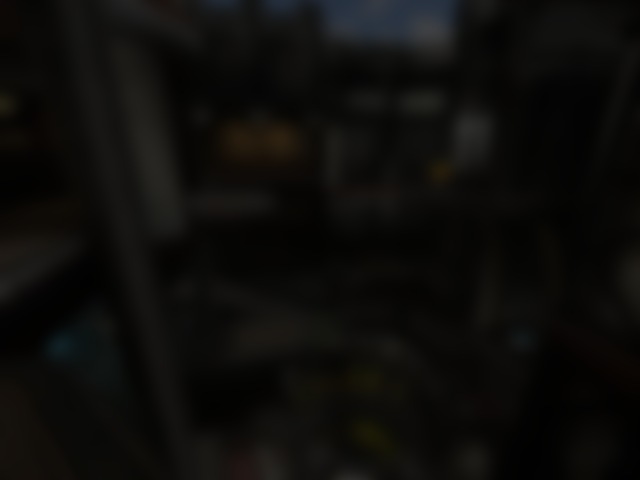